Religion & Culture | Did the devil really make you do it? ... The only devils that exist are those we have created 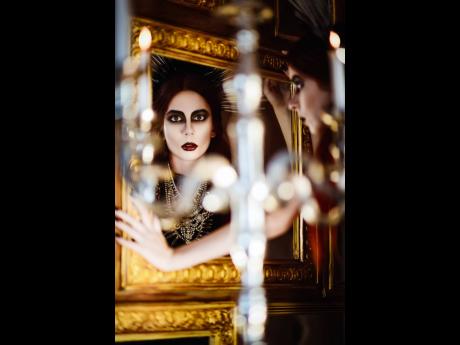 Thought-forms are ideas presented as images that define the state of our mind.

As a young man, Seth, a wise spirit that was channelled by the late Jane Roberts, mesmerised me. Decades later, in the heart of Brooklyn, I listened attentively as spiritual beings were conjured around banquet tables in a ceremony called Kabbalah.

Both scenarios conditioned me to think that these elusive forces, good and evil, exist in some indiscernible realm outside ourselves. In the case of demons, woe betide the unfortunate among us that stumble upon them.

Seldom we are taught that these nefarious entities that inhabit our inner realm are creatures of our own making.

With decades of experience behind me, I state unreservedly that our beliefs form our reality. That reality can be a haunting or an idyll, depending on the condition of our mind.

Everything we have created in physical form first germinates in the mind. Form or matter follows spirit. It is the law. It follows that manifest ‘evil’ originates from a sick mind. What is the root of this infirmity, of this sick mind?

Usually, it is the ego, the pillar of the mind that is first attacked by physical and psychological traumas, of which there are many. If these traumas are not expertly addressed, their effects are neurotically and psychically crippling.

Such traumas create identifiable psychological and behavioural patterns, such as distrust, aloofness, fear, aggression, licentiousness, and guilt. These are the building blocks of what metaphysicians call negative thought-forms.

Thought-forms are ideas presented as images that define the state of our mind. When thought-forms are played repeatedly by the mind, they take on a definitive emotional quality.

Spiritual life coach Samuel Hatfield described these thought-forms as “thoughts, ideas, or feelings given energy that persist on their own. Thought-forms are created when someone focuses intensely on a thought; that they feed on the same energy that created them.”

This means that when a thought is created from anger, it gains strength or energetic life through anger. Anger thus feeds on anger. It is, at first, an internal process that later manifests externally. The internal dynamic of the thought-forms makes it difficult to address or treat. Over time, thought-forms develop a life of their own, becoming more and more energetic, potentially consuming and destroying their creator.

A critical mass is reached when thoughts-forms become independent entities. This occurs when we are so consumed by anger or other dark emotions that we can no longer control our thought process.

“The devil made me do it,” is the dictum to describe behaviours caused by this unhealthy psycho-spiritual conditions.

In extreme cases, thought-forms are exteriorised in the form of visual hallucinations. Our inner bile takes on a visual form that interacts with us, its creator. They also manifest as audio and tactile hallucinations.

Human shortcomings, such as envy, greed, hubris, and violence, are sources of internal conflicts (stressors) and the root of destructive thought-forms that we erroneously call demons.

Humans have been creating demons for millennia and beyond.

One of the things I took away from exorcism studies in Rome was the psychiatric dimension of so-called possession. The Roman Catholic Church, author of the renowned Canon of Exorcism (Rituale Romanum), concedes that 90 per cent of ‘possessions’ are psychiatric in nature, hence the inclusion of an independent psychiatrist during the evaluation of persons thought to be possessed.

Clinical research on the mind challenges the narrative of evangelical Christians. Satan and his minions infecting every nook and cranny of our lives is as real as Bigfoot and Sasquatch sightings.

All of the babbling and shaking that masquerade as demonic possession at deliverance events are what psychology calls hysterical conversion, a form of acute neurosis that arises under intense stress, anxiety, and emotional conflicts. Any pastor or cleric that claims otherwise is either grossly ignorant or a fraud.

Interestingly, studies have shown a link between anxiety (stress) and auditory hallucinations. Yes, hearing voices has nothing to do with demons.

Clinician Denise Griswold calls anxiety a “complete disorder, with physical and mental symptoms so severe, that they mimic far more serious disorders”. She also added that while “anxiety doesn’t cause these hallucinations on the same level as schizophrenia, it can cause what’s known as ‘simple’ auditory hallucinations that some people find extremely frightening”.

Hallucinations are representations of what we harbour inside us. For example, a person overwhelmed with anger and intense hatred could unconsciously project this emotion in the form of chaotic, terrifying images of war, mayhem, and death.

Religious leaders are not clinical psychologists and psychoanalysts and are ill-advised in their faith-based response to real psychological and psychiatric problems.

We must guard against medieval teachings that ascribe our every misfortune to malevolent spirits bent on corrupting innocence. We must understand more about the wonderment that we call the human mind.

Humans are marvels – gods, as the very Bible clearly states in Psalm 82:6 and John 10:34. We are creators, creators of good and evil. We are the harvesters of our munificence, and the victims of our own evil, an evil that we (oftentimes) unknowingly create.

- Dr Glenville Ashby is a graduate of the Institute of Advanced Psychological Studies (California). He is the award-winning author of the audiobook ‘Anam Cara: Your Soul Friend and Bridge to Enlightenment and Creativity’. Email feedback to columns@gleanerjm.com and glenvilleashby@gmail.com, or tweet@glenvilleashby.