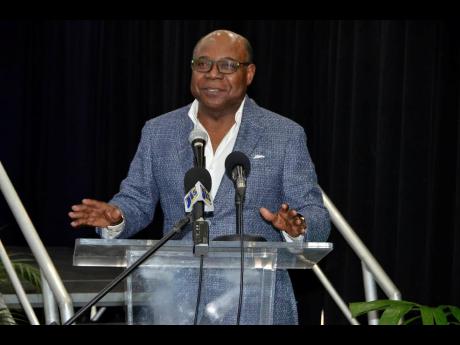 Arrivals for the month of July have outperformed all other months in the year, bringing a 12.7 per cent increase in earnings to the country’s coffers, says Tourism Minister Edmund Bartlett.

The island last month hosted its biggest reggae festival, Reggae Sumfest, and thousands of patrons – many from the United States, Canada, and Europe, as well as other Caribbean islands – flew in for the event.

An estimated 250,584 visitors arrived in the island in July, the highest number the country has ever recorded for the summer month, Bartlett told The Gleaner.

He added that Jamaica has welcomed nearly two million visitors between January 1 and July 31.

The unprecedented trajectory has seen earnings jump from US$1.43 billion to US$2.1 billion.

“The impact of the growth performance by the sector has enabled continued economic buoyancy and consecutive quarters of economic growth that the GDP has recorded,” said the tourism minister.

He lauded the workers, stakeholders and partners in various areas of the industry for their constant and quality contribution to keeping the destination top of mind in the market, and singled out the Jamaica Tourist Board for special commendation for its exceptional work.

Bartlett said the arrival figures and earnings place Jamaica in a good position globally and have outpaced the ministry’s projections.

“I am satisfied that the earnings, as projected, are also at a high. We’re 8.4 per cent over last year,” the minister boasted.