Gov’t pushing for pension plan regulations by early next year 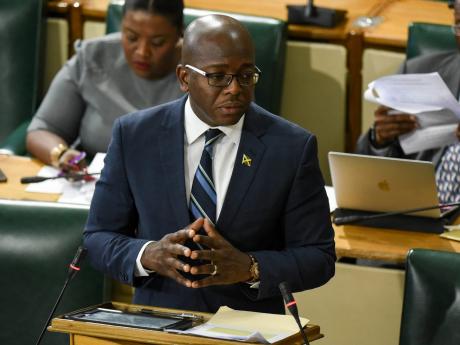 Regulatory amendments aimed at strengthening the legislative framework to safeguard the assets of pension plans are expected to be in place by early next year.

This is according to Minister without Portfolio in the Ministry of Economic Growth and Job Creation, Senator Pearnel Charles Jr., who moved the Pensions (Superannuation Funds and Retirement Schemes) (Investment) (Amendment) Regulations, 2019 in the Upper House on Friday.

The regulations, which were approved by the Senate, were adopted by the House of Representatives in July.

“Target dates have been set. I know Minister [of Finance and the Public Service, Dr Nigel] Clarke is pushing for them to be done by this year and I would say at latest the early quarter of 2020,” Charles Jr. said.

He noted that the amendments, which also aim to broaden the range of permissible assets in which pension plans can be invested, are “critical regulations underpinning this Government’s thrust towards macroeconomic stability.”

“As the macro-economic environment in Jamaica has improved and as the Government’s appetite for debt has gone down, pension funds now have assets that they need to invest. The scope of their options and opportunities have, however, been constrained. These regulations are intended to release those constraints while contributing to economic growth,” he said.

Charles Jr. noted that the amendments, proposed by the Financial Services Commission (FSC), which is the regulator for the private pension industry, as well as the means of execution “were well researched, and carefully considered.”

Additionally, pension plans will be able to invest in equity or debt of private companies established under the laws of Jamaica, provided that in aggregate, these amounts do not exceed a maximum of five per cent of the assets of the pension fund.

This will allow pension funds to invest in private equity and venture capital for the first time.

The amendments will provide higher return investment opportunities for pension funds, while improving access to finance, deepening capital markets and providing options for financing outside of the banking sector.