One man fatally shot, another injured on Potters Rowe in Kingston 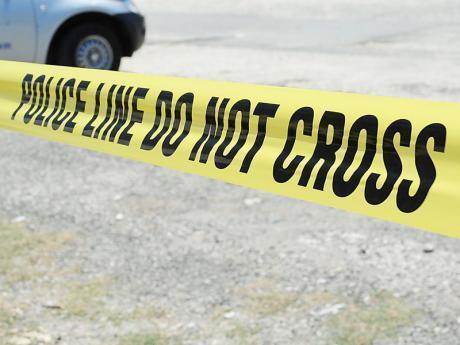 The Elletson Road Police are seeking the public’s assistance in identifying the body of a man who was shot and killed on Potters Rowe, Kingston 16 this morning.

They say another man was also injured in the attack.

The police say the body is of dark complexion, which has been altered by bleaching, about 173 centimetres long and appears to be in its late twenties.

It was clad in a beige sweater, white jeans and brown Puma shoes.

The police say about 10:30 a.m., residents heard explosions and summoned them.

Upon their arrival, the police say both men were seen with gunshot wounds.

They were taken to hospital where the unidentified male was pronounced dead and the injured man admitted in stable condition.

The Elletson Road Police are appealing to anyone who can assist with their investigations to contact them at 876-928-4200, police 119 emergency number or the nearest police station.