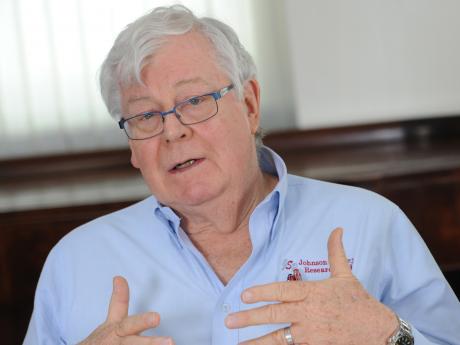 Kingston, Jamaica, August 7, 2019 - A recent poll is showing that the opposition St Kitts-Nevis Labour Party would win a majority of the seats in the National Assembly and that Leader of the Opposition, Dr Denzil L Douglas would do a better job running the government.

According to Johnson, the recent polls show that the labour party would win six out of the eight seats if the election were called around June-July 2019.

Forty-eight per cent of the people feel that Douglas would do a better job running the country while 29% think Dr Timothy Harris is up to the job.

In addition, 48% said they wished Douglas was still Prime Minister compared to 35% who said they were content that Harris is PM.

The poll also shows that across the six constituencies in St Kitts, an average of 38% think that the government is doing a good job.

The Johnson Survey Research Inc designed the poll to assess how likeable candidates are and how favourable the two political leaders across the various constituencies are rated.

Forty-nine percent of those surveyed have an unfavourable opinion of Harris while  36 % are in favour of him.

However, 63% gave Douglas a favourable rating while 27% had an unfavourable one.

On the question of performance, 38% rated the Prime Minister as doing a good job compared to 71% who said that Douglas’ performance during his tenure in office was superior.

By a significant margin, on average across six constituencies, respondents registered more like (71%) than dislike (42%) for former Prime Minister Douglas. In contrast, the average dislike (54%) is significantly more for Harris than like (38%).

The poll revealed that an average of 18% of respondents were undecided in relation to who would do a better as leader of the country.

“For the past five election cycles in St Kitts and Nevis including the previous one, our polling results accurately reflected the decision of voters. I stand confidently behind the results of this poll,” pollster Johnson remarked.