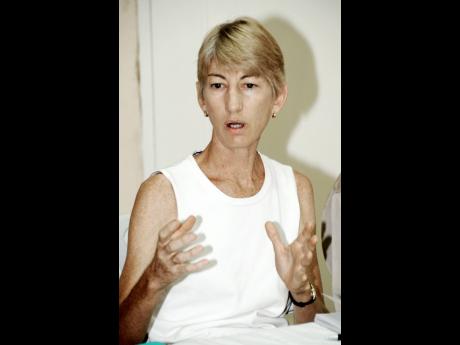 There is another environmental battle heating up on Jamaica’s north coast, this time spanning the Trelawny-St Ann border, and featuring the Bengal community versus the National Environment and Planning Agency (NEPA) and quarrying company Jamaica World.

According to environmental activist and former Executive Director of the Northern Jamaica Conservation Association (NJCA), Wendy Lee, the dispute surrounds the proposed issuing of a licence by NEPA to Jamaica World to establish a quarry and mineral processing plant in the community of Bengal, which is also called Dry Harbour Mountains, Rio Bueno Quarry, Puerto Bueno Mountain, which is a protected area and a biodiversity hotspot.

“This is the third time residents have had to fight for their right to a peaceful existence along the Queen’s Highway and Bengal,” Lee told The Gleaner.

She said the NJCA had helped residents to fight against a quarry that started operations back in 2001, which they were successful in getting shut down in 2008, but now it appears that NEPA has backtracked, 11 years later.

“We led the fight against a second application in 2010 from Diamond Property Development Company which was withdrawn, but now in 2019, there is yet another application for the same location,” she explained.

A letter from NJCA back in 2010, dated March 18 and addressed to CEO of NEPA Peter Knight, titled ‘Diamond Property Development’s proposed quarry’, noted that the NJCA was disturbed that, despite the long struggle of the citizens of Puerto Bueno subdivision and the NJCA and the St Ann PDC, the NEPA was entertaining discussions with the company which had applied to reopen/open a quarry on the Queen’s Highway in St Ann.

“We would like to remind you of the long struggle of the citizens of Puerto Bueno subdivision (eventually assisted by NJCA and the St Ann PDC) to have that quarry and its associated crushing plant shut down in 2008, due to intolerable levels of dust, noise from the plant, truck traffic and blasting, damage to houses and walls from the blasting, degradation of the scenery and devaluation of property values. Many residents developed chronic respiratory illnesses and some suffered to the point where they had to move away from their houses,” that letter had stated.

The NJCA had noted in the letter, which had swayed the NEPA and averted the issuing of the licence, that among the list of detrimental impacts, were “damage to the flora and fauna of the unique and fragile coastal forest adjacent to the quarry site which has been recommended for protection by numerous scientists and organisations for over 40 years.

“Its declaration as a protected area – a wilderness reserve and forest management area – was fully endorsed in a recent community consultation exercise by local citizens, the St Ann PDC and the Forestry Department,” the NJCA had noted.

At the time, the NJCA had also argued that the area in which the quarry is located is designated as Undeveloped Coast and earmarked for protection by the St Ann Parish Development Order of 2000 and, as a consequence, quarrying was incompatible with the zoning regulations.

The NJCA had also contended that the NEPA had not put the environmental impact assessment (EIA) on its website for public viewing, nor had the developers, and that relevant local organisations had not received any communication from the EIA consultants or the developers.

But despite the consternation which had resulted, and the subsequent denying of the permit at the time, the NEPA, still led by Knight, asked Jamaica World to prepare an EIA following its submission of its permit application.

According to Jamaica World, it has partnered with EPSA, a global contract mining company with a balance sheet of more than US$900 million to undertake the works, which would last for 20 years initially.

“It is anticipated that the project will create between 50 and 100 jobs and is estimated to contribute over J$635.7 million of tax dollars to the Jamaican Government via the quarry tax,” the company’s EIA stated.