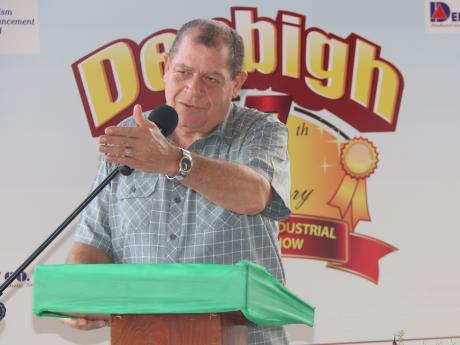 Agriculture Minister, Audley Shaw, has announced an increase in the price of cocoa payable to farmers.

Shaw made the announcement while addressing the 67th annual Denbigh Agricultural, Industrial and Food Show in May Pen, Clarendon, on Monday.

“As we continue to support our farmers, I am pleased that we have successfully increased the prices by $400 per box and we are not stopping there,” he said.

Shaw also announced a revamp of the current measures being implemented to manage and control the outbreak of the Frosty Pod Rot of Cocoa disease.

This includes placing a stop on the current pruning of the cocoa plants, which destroys approximately 90 per cent of the tree.

“I have ordered it stopped because there is technology elsewhere such as Colombia (which can help). Since I ordered it stopped, I sent a team to Colombia, which prunes the tree no more than 10 per cent and they have found a way to control the Frosty Pod disease…the technology exists,” Shaw said.

Caused by the moniliophthora roreri fungus, the disease can greatly reduce crop output once the disease is established.

The 67th Denbigh Agricultural, Industrial and Food Show was held under the theme ‘Aligning farming decisions with climatic conditions’.