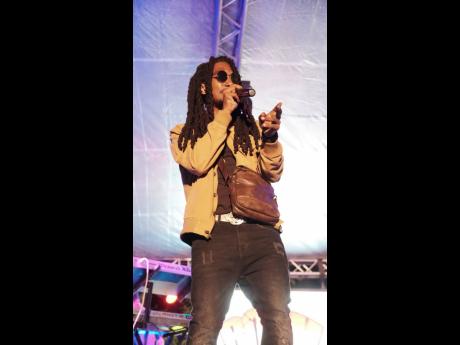 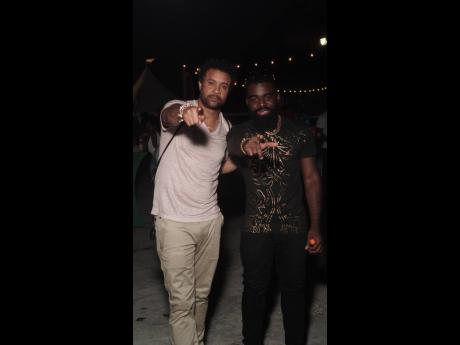 Contributed Photos
Shaggy and International Singer Afro B paused for the camera during the 1st staging of i-Rise. 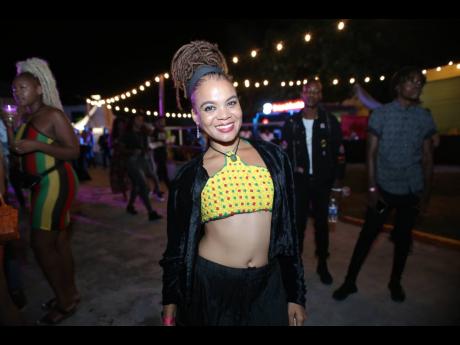 Contributed Photos
It was an African inspired night. Patron Minka Francis enjoyed herself at i-Rise, an authentic reggae concert under SPF 2019 Weekend. 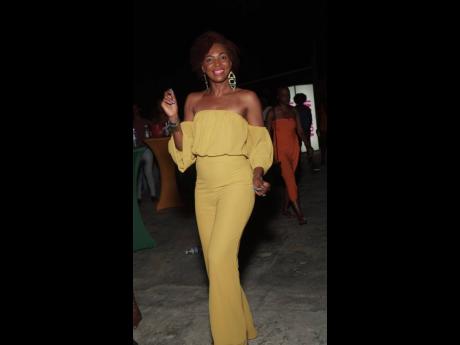 Contributed Photos
Fitting and in the keeping with the Emancipendence theme for the day,Ochi patron Jacquline Forbes dressed in gold with Jamaican colour accents for the cultural concert i-Rise. 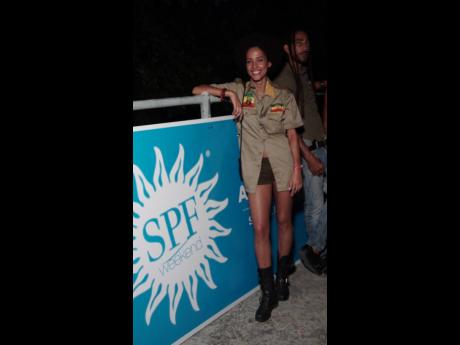 Contributed Photos
Jamaican German Joelle Steurer gives a bright smile during I-Rise, which falls on Day 1 of the 2019 SPF Weekend.
1
2
3
4
5

The brand-new and highly anticipated i-Rise cultural concert took on its own life form at the Kaya Herb House on August 1. i-Rise kickstarted Day One of the four-day 2019 SPF Weekend.

The Emancipendence holiday season was the perfect fit for the authentic local reggae concert, which featured up-and-coming creatives such as Dj Stamma, Jamila Falak, Eva Flow, Sheen, Yaadcore, and Di Ruption. However, it was Skorcha, the No-Maddz, Feluke, and international act Afro B who took the night.

Under his new stage name, ‘Skorcha’, Sizzla’s son shared, “I changed my name because I felt like I became a man and needed to grow up. I now have a burning fire within me that I never felt like I had before.” Previously known as ‘Meleku’, he continued, “The big fire is my father, Sizzla, and me now as ‘Skorcha’, I’m adding to the fire.”

After a stellar performance, Afro B ended his set with his February 2019 hit song Shape Nice (which features Vybz Kartel and Dre Skull).

“This is my first time performing in Jamaica. I grew up listening to Jamaican music, so to be here and to actually perform, it was a dream. It was a blessing, and I’m happy that my name is building out here”, shared Afro B.

The soulful Jesse Royal ended the night. Representing for the Lion Order, his performance left patrons revelling in the vibes and longing for more.