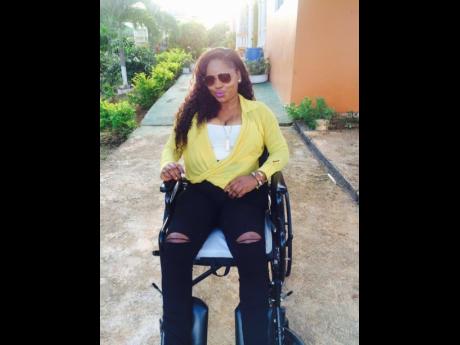 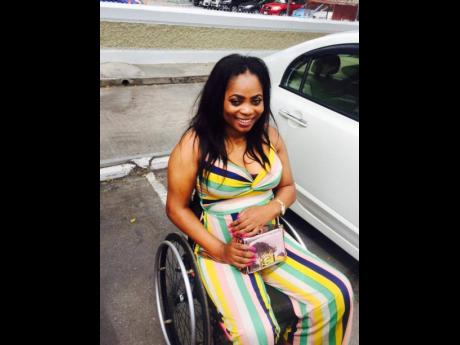 Contributed
Sherese Brown, 29, is still suffering from a major accident four years ago. 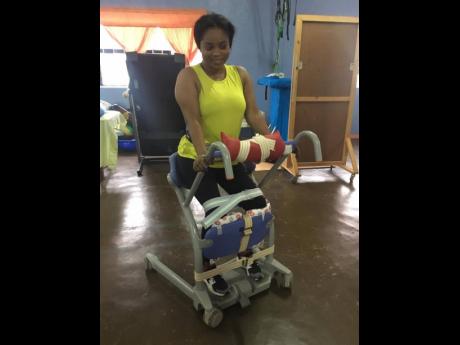 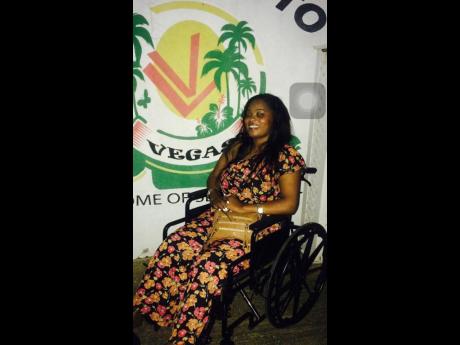 Contributed
Sherese Brown, 29-year-old, who still is suffering from a major accident four years ago.
1
2
3
4

Though not down-spirited, Brown admitted to The Gleaner on Tuesday that her life today is a far cry from that which she enjoyed before the crash along the New Forest Main Road in Manchester.

“I cannot walk. I am bound to a wheelchair. Before all of this, I was a very vibrant cosmetologist who loved to travel and party. Nowadays, there is not one second that goes by that I don’t have nerve cramps. Medication is what helps to put the pain to a minimum where I can function throughout the day,” she related.

Reflecting on the fateful day, Brown said that the speeding car in which she was travelling, which was being driven by a young man, flipped three times before crashing into a light post. Residents of the area soon rushed to their assistance.

“I was removed from the vehicle by persons in New Forest on the scene who wanted to help. Even though they had no professional training and caused more damage to my spine, maybe if it wasn’t for them, I would be in the grave,” Brown told The Gleaner.

“I suffered brain injuries. I had multiple facial injuries. My neck was broken in three places, and the seatbelt broke my arm, collar bone, and chest plate. I had internal bleeding and had to do emergency surgery to [relieve] clogged blood [vessels in] my abdomen,” she recalled. “Dr Ian Neil and a team performed surgery on my brain for nine hours at the Kingston Public Hospital. They fought for my life.”

Her plea to motorists is simple: it’s better to be late than dead or left suffering from pain and nursing serious injuries.

“Speeding kills and it changes lives. When the spinal cord is damaged, it changes your life forever. If you are late, don’t rush, because to have a different lifestyle that you are not used to is just hard. I have never been suicidal, but I know people who have been. They feel it is best they die because they are wearing diapers and they can’t do anything.

“If someone is not there to take care of you, you can’t even turn in your bed. You can’t sit up without help. Even to lie down is hard. So just be careful on the road because living with any form of disability is not easy. What if you don’t have money to fund therapy sessions? Trust me, it is difficult, so take your time. Speed kills and it hurts,” Brown said.

She harbours thoughts of starting a foundation to help people with disabilities, especially those with spinal cord injuries, mainly due to her suffering from major damage to her spine.

Between January 1 and August 13, at least 271 persons lost their lives on the nation’s roads, 44 more fatalities than the number recorded for the corresponding period last year.

Vice-chairman of the National Road Safety Council Dr Lucien Jones told The Gleaner that the figures need not be so high. He pointed to World Health Organization data that says that a five per cent reduction in speed can result in a 30 per cent reduction in the number of people dying from crashes.

“The number-one message to motorists ... is to slow down,” he said.