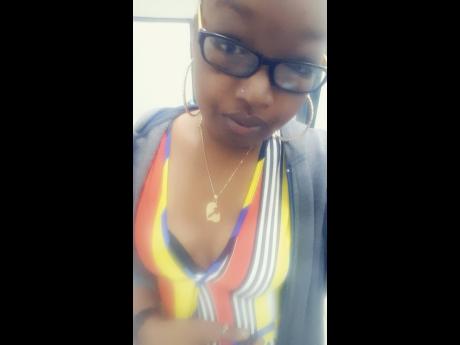 Twenty-year-old Kaskmah Brown is overwhelmed with pains and drowning in a sea of debt as she tries to keep up with her special diet and medications.

Diagnosed with lupus nephritis since March last year, her world has turned upside down. In the midst of working at her job as a filing and accounting clerk, saving towards the goal of furthering her studies in September, she was hit with the news of her illness.

Brown, who was living in Kingston before the diagnosis, eventually had to return to her parish of birth – St Thomas – as she experienced severe pain, preventing her from doing simple things such as bathing or even walking.

“There are times when I get really tired, even when I am not doing much, and my chest hurts,” Brown said, describing some of what she is dealing with.

She said she has passed out several times due to low blood counts and dehydration.

Eating and drinking is a task for Brown as she said her kidneys are not functioning as they should, so at times she gets really thirsty. “There are times you can’t touch my stomach, because of the pain. For the back pain, I did an X-ray which showed that the spine was twisted.”

Now she has to choose between dealing with the twisted spine or focusing solely on her lupus treatment – either one, she is looking at some huge costs to address.

“I have so many medications to take and they are expensive.” She said that it costs $24,000 monthly to keep up with them.

“Sometimes I just purchase two weeks’ worth as it’s hard to buy for the entire month,” she said.

In between that, Brown said she has to see two specialists – the rheumatologist and the renal doctor.

A visit to the rheumatologist attracts a cost of $8,000 and that does not include the tests she is required to do.

Brown, who said she feels overwhelmed by her circumstances, pointed out that she is required to be on a strict diet and that is hard as her illness prevents her from being in a stable job.

The bills keep climbing at the University Hospital of the West Indies, with little income to service it.

“Since I’ve been sick, I haven’t been in a stable job. I just can’t keep up. Sometimes I do push, but the end result is terrible. I just need help to ensure that I am always on medications because whenever I am, I feel better; but when I’m out of supply, then things start to get bad.”

Brown said her one wish is for her to receive assistance to deal with her medications so she can finally get on the road to recovery. This, she said, could allow herself the luxury of dreaming about working towards being the manager in the hotel industry or pursuing her second love, accounting.