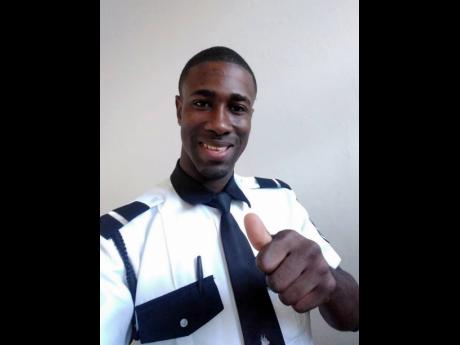 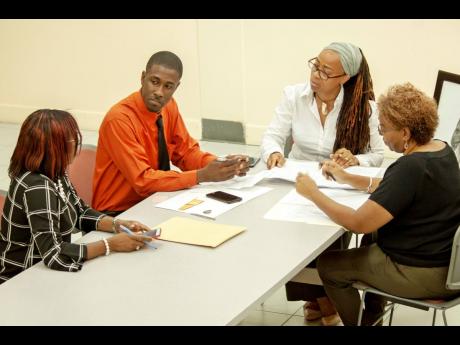 The talented artist from the rural community of Watt Town in St Ann, whose works have elicited overwhelming response since The Gleaner published his story last week, has been accepted at Edna Manley and will be funded by a full scholarship from the Ministry of Education.

Coleen Douglas, director, marketing and communications at Edna Manley, confirmed Robinson’s acceptance by the college, while Dr Tameka Benjamin, the ministry’s national mathematics coordinator, also confirmed the ministry’s support of the artist with a full scholarship.

Robinson could hardly express his joy when The Gleaner spoke with him on Thursday.

“I wish there was a word to express how I feel, I would have to find a million words to really express that one word. I can’t express,” an emotional Robinson said.

“I can’t believe God has set me up in this way. You know the journey he has brought me through just to say you are favoured. There is no other way to put it than to say ‘God.’ I’m so pleased to know that God actually used you guys as a vessel. Again, I don’t know you, but trust me, I know that I have to know you because throughout my journey you’re one of the persons mi haffi, mi haffi mention and big up all the way, man. Definitely you are one of the plus. The word called purpose, that is a strong word. Trust me man, I’m at my dream.”

The final lap to Edna Manley started for Robinson shortly after the article came out in the Saturday Gleaner, in which he expressed his desire to attend the art school, but was unable to because of lack of funding,

Readers’ tremendous and uplifting response was immediate. His masterful pieces of artwork shown in the article drew commendations, suggestions, offers to purchase pieces and, most importantly, offers of funding his college tuition came in for the artist, both from overseas and locally.

Robinson said the responses he got showed him how much Jamaica appreciates him and puts him in an obligatory position to show his true talent.

“I feel like I have a purpose to make these people see the true talent in me because, really and truly I haven’t displayed that as yet. I have never done a piece of work where I feel like I reach half of my ability; never. I even said to Edna Manley that one of my dreams is to even come back and teach at the school, to show my ability, and also to have a studio.”

Miriam Hinds Smith, dean, School of Visual Arts, who along with Susan Lee Quee, director of studies at Edna Manley, assessed Robinson’s work, was impressed with it.

“Outside of his work, I think he is somebody that is such a humble person. He has very high standards of himself in terms of his output, his mastery of medium is quite spectacular, I think, and his sensitivity to the medium that he uses is also remarkable, and his ability to not only capture likeness, but the essence of an individual whose portrait (he draws) is absolutely beautiful. He’s a very spiritual person as well. We’re happy to have him. What he would love, and what we’re going to be ensuring, is that he is properly mentored.”