Gov’t urged to do more to honour Garvey 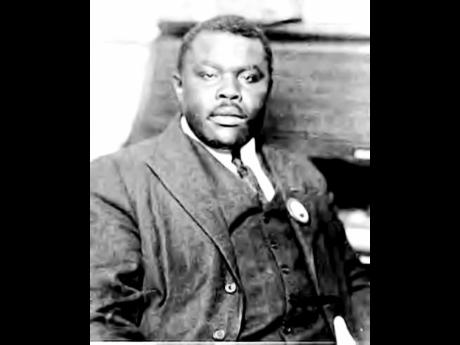 On Saturday, as St Ann remembered one of its national and international icons, Jamaica’s first national hero, Marcus Mosiah Garvey, several observers expressed that enough was not being done in Jamaica to honour him.

Dr Jahlani Niaah, coordinator, Rastafarian Studies Centre and ganja projects at The University of the West Indies, Mona, believes that a national day should be declared to honour Garvey.

“I think we should have had a national day declared in his honour by now,” Niaah told The Gleaner.

“Efforts have been made by ­people all over the world to celebrate this day, but in the land of his birth, we have yet to recognise his day by way of a national day. It happens in various ways that he is celebrated, but this could be a day where the nation doesn’t go on holiday but takes seriously the legacy and the works of Marcus Garvey.”

Niaah also believes that Garvey could be used as an example to ­influence young people from a ­family standpoint.

He said: “I think given the outstanding example that Garvey was able to achieve from Jamaica and given our issues with ­masculinity and fathering, etc, he could be ­represented as a more iconic father of the nation, a part of every ­household. Many households are female-headed – 60 per cent in Jamaica – absent fathers also very high.

“In the absence of that, I think streamlining young people, ­especially young males, towards the examples set by Marcus Garvey would be a way of helping them to find their way.”

Niaah noted that although Garvey was from humble origins, he was able to get his message across to a broad spectrum of ­people in Jamaica and overseas.

“From humble origins, [he] was able to get his message, which was not just for himself but for ­humanity in general, to the world, leading one of the most powerful black ­organisations before ­Internet and all of that, so he was his own version of millennial in the way that we see people absorbing technology and taking it to the highest level for the advantage of the race.”

Devon Evans, president of the St Ann’s Bay chapter of the United Negro Improvement Association and African Communities League, blamed politics for the lack of proper honour for Garvey, at the same time calling for the ­promised monument to be erected at his birthplace.

“Enough is not being done. In fact, we’ve not even started to ­honour Garvey,” Evans argued.

“We’ve politicised the whole honouring thing [so] that most of the emphasis has been placed on two political heroes, Norman Manley and Alexander Bustamante. We know that in Blenheim, there is a birthplace there, and in Roxborough, there is a birthplace designated, manicured and everything. From 2011, then Prime Minister Bruce Golding broke ground to start a monument for Marcus Garvey at his birthplace. To date, nothing has been done. People worldwide have been ­asking what’s happening. We need to get it done,” Evans insisted.

Michael Belnavis, mayor of St Ann’s Bay, Garvey’s birthplace, hailed the national hero, noting the impact he had on the world.

“When we look at Malcolm X, Martin Luther King Jr, and the influence Garvey has had on these people, who are national and international icons, it shows us the impact that he has made worldwide,” Belnavis said.

He also agreed that not enough was being done in Jamaica to honour Garvey but said that his municipality was taking Garvey’s legacy seriously.

“No, we’re not doing enough. The home site is an issue to be sorted out. But the fact that he’s a national hero, his legacy will always be here, and we, as a municipality, have to embrace him because he’s right here, his home site is just minutes from here, so it is something that we’re taking very seriously. His legacy will live on.”

On Saturday, the Civic Affairs and Community Relations Committee of the St Ann Municipal Corporation held its annual civic ceremony to honour Garvey, this year being the 132nd anniversary of his birth and the 50th anniversary of him being proclaimed Jamaica’s first national hero.

Floral tributes were laid at the foot of Garvey’s statue at Lawrence Park in St Ann’s Bay by justice of the peace Pixley Irons, who represented the custos, Norma Walters; Belnavis; and councillor for the Beecher Town division Ian Bell, who represented Lisa Hanna, member of parliament for South East St Ann.

Garvey was born on August 17, 1887, in St Ann’s Bay. He was a political activist, publisher, journalist, entrepreneur and orator who influenced black people across the world. He died in June 1940 in England, and his remains were returned to Jamaica in 1964 and buried at National Heroes Park in Kingston. Five years later, in 1969, he was proclaimed national hero of Jamaica, the first person to be so honoured.