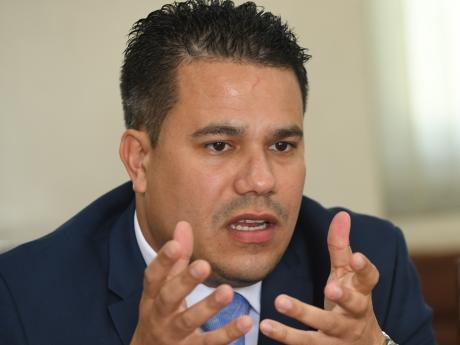 Government Senator Matthew Samuda has charged that the potential impact of climate change on small island developing states such as Jamaica is the greatest current modern threat.

However, Samuda says this presents an opportunity to pursue economic development in an inclusive manner and with regard for global environmental best practices.

He was addressing the 5th Sherpa Meeting of the “High Level Panel for A Sustainable Ocean Economy” which is now underway in Amsterdam in the Netherlands.

Prime Minister Andrew Holness is one of 14 world leaders who are on the panel.

The “High Level Panel for A Sustainable Ocean Economy” is a group of world leaders which was brought together by the Prime Minister of Norway, Erna Solberg.

The group is seeking to chart the way forward for a number of issues challenges concerning ocean health.

Samuda is Jamaica's Prime Minister's Sherpa at the event.

While addressing the panel, Samuda stated, “As part of the increasingly inter-connected global village all members of this panel must intensify efforts to build a Climate Change Economy as part of our resilience efforts to a universal threat".

He further noted that there are numerous opportunities in eco-tourism, environmental protection, research and associated disciplines for both developing and developed states.

Samuda argued that for various member states to fully embrace the fight against environmental degradation caused by climate change, they have to not only be educated about the threats but also be sensitive to the economic opportunities which the challenge presents.

Samuda urged the panel to recognise that the Climate Change Economy is big business and countries which are being impacted disproportionately must take a big slice of the cake.

The panel discussion in Amsterdam also focused on the issue of access to funding, the imbalance of the impact of climate change on states such as Jamaica which contribute less than one per cent of the factors which cause the phenomenon but will face the most devastating impacts.

The panel also examined some of the evolving science in relation to climate change and the role ‘Ocean States’ may play in building sustainable resilience, while encouraging the large polluters to play a fair role in mitigation and re-aligning their activities with global environmental best practices.