Neikoy Redwood: Actuary in the making 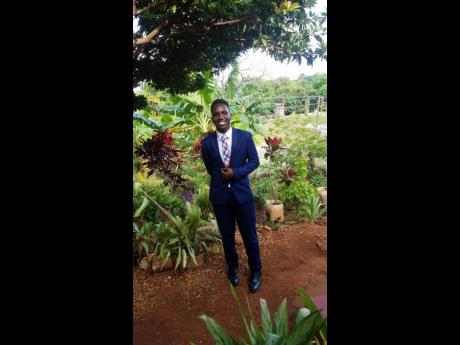 From as far back as he can remember, Neikoy Redwood has always had a fascination with figures – and it is this passion that has nurtured his desire to become an actuary.

Redwood, who just completed upper sixth form at Campion College, is now looking forward to the next phase of his journey.

A resident of Longville Park in Clarendon, Redwood maintained a straight A profile in both his Caribbean Secondary Education Certificate and Caribbean Advanced Proficiency Examinations (CAPE). At this year’s sitting, he got grade ones in CAPE Unit 2: Caribbean Studies, economics, chemistry and pure mathematics. He also received four grade ones at last year’s sitting of CAPE Unit 1.

His career path gives him the best of both worlds – his liking for mathematics and economics.

Now looking back at the journey, Redwood said it was not an easy one as living in Clarendon and attending school in Kingston was difficult.

“Because of the distance, I would have to travel daily to and from school. Additionally, I had other responsibilities, such as my involvement in church as well as in extracurricular activities at school. As a result, I had to develop the skill of time management and maintain a high level of discipline in order to do well,” he shared with The Gleaner. Redwood said part of that time management was using his school breaks to get ahead on assignments.

A past student of Marlie Mount Primary School, Redwood has high praises for his parents Norris and Andrea Redwood, who he said have been very supportive and encouraging.

“They have sacrificed so much for me and always have my best interest firmly in their minds. Sometimes when I have not done as well at something as they know I could have, they let me know that I can do better and push me to achieve even more,” he said, adding that the comfort of knowing that he can always go to them whenever he is faced with a challenge did wonders.

Redwood also credits his parents for raising him to know God, noting that that aspect of his upbringing has significantly contributed to him being able to remain grounded and focused.

Come September, Redwood will matriculate to The University of the West Indies to pursue his degree in actuarial science. It will be the beginning of his ultimate dream, which he says is “to be successful in life and get to a point where I can give back to my parents and all my family who have played such a crucial role in my development. I will never be able to repay my parents for all they have done, but I do hope to get to a point where I can give to them as they have given to me over the years.”