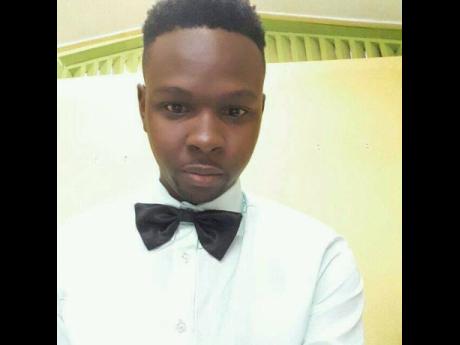 Akieme Wilson says he is living by the mantra, ‘Life is a journey, but with Christ walking with you, you’re sure of your expected destination’. Wilson has been a Christian for over a decade - a journey he says that has been positively impacted by supportive friends and family. He describes himself as well-mannered, an attribute he says was instilled in him by his parents.

“In my community, I was often teased because of how my parents raised me. I was known for being well mannered and attending church.”

Wilson admits that although he was baptised and living in a Christian home, he was not cognisant of what it meant to have a personal relationship with Christ. “My father was a deacon and my mom a serious prayer warrior. I got baptised at the age of 10, but this was only a ritual and not an indication of my heart.”

Wilson told Family & Religion that a biblical teen-camp experience at age 14 served as a faith changing experience that reintroduced him to Christianity and has left an indelible mark on his life. “It was the first time I believe I experienced what it meant to be encountered by God. That encounter made me realise how much I was missing the mark, how much God loved me and wanted me to experience true freedom; freedom from deceit and lies,” says Wilson.

He adds that the experience has led to the formation of the group Iturn – which means ‘I trade ungodliness for righteous newness’. Wilson said the group has since become a movement and its membership expanded.

Wilson shares that he has had many faith-trying experiences in his life, including the death of his father.

“His death shook my faith as I was convinced that God would heal him of prostate cancer.’’ The musician describes his father as a constant provider who was a great role model, father and faithful husband, adding that he was then reminded that God had been faithful and had granted his father a special request. “In that time of grief, God reminded me that when I was in grade six, the doctors sent my father home to die.

“My dad prayed and asked God to extend his time to enable him to see me graduate from Glenmuir High School. My dad died just weeks after I graduated. God reminded me of this and it brought me great peace.”

Wilson said that his father’s death warranted another faith- testing and tumultuous journey in his life as it resulted in the loss of their home.

“After his death, some of my relatives became increasingly hostile towards my mother and me and demanded that we moved out of our home. During this difficult time came a testimony, my song Wait, which has been a blessing to many and a constant reminder to wait on the hand of God.”

” Wilson says he is grateful for all the experiences he faced in different spheres of his life, with his family, community and faith.

“Life is a journey, but with Christ walking with you, you’re sure of your expected destination; this statement is something I have come to live by,” the young musician said.