Steve Lyston | What if everyone was rich? 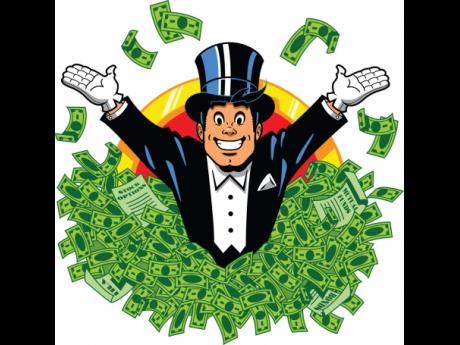 Interestingly, much talk and great focus are now surrounding the poorer nations globally. Foreign aid is being cut off from certain nations deemed as poor/Third World/developing nations.

God made the rich and the poor – both sets of people not only need each other, but complement each other also. While God made both groups of people, He did not say that they would stay that way always. When the rich or rich nations make it harder for the poor, they themselves will become poor. So, God ensured that there are some blessings that the rich simply cannot receive until he extends his hand to help the poor. Boaz, the wealthy landowner could not enjoy fulfilment and further growth until he aligned with Ruth, the poor widow (Book of Ruth). Every person must be careful regarding how they look at or treat the poor.

The problem that exists in the world is that the rich only see thing from one perspective – theirs. Oftentimes, their advisers are those who are already rich and they don’t have the solutions needed. Every rich man/woman needs to read Ecclesiastes 9: 14-15.

What If All Were Rich

If all were rich:

There would be no need for faith in God.

We would not care to vote.

There would be more chaos and war.

There would be no helpers, teachers, gardeners, waitresses, fishermen, farmers/farmhands, mechanics, labourers, and the food industry would crash.

The level of pride would be so high that the society would become godless!

Churches would be empty; that is, some pastors would need to be careful in what they say or pray, wanting only rich people in their congregation.

Many in society today don’t want to be seen as being in the same category as everyone else, so there would be more wars and weapons of mass destruction.

The stock market would crash because each would try to out do the other, and they would have the financial resources to do so.

There would be less sales and less profits in some industries.

Some people would not identify their purpose, because it is often through struggles and hardships that we realise our purpose and get ideas and solutions.

People would not understand or appreciate the principles and blessings of God – good health, grace, trust, mercy.

(According to Matthew 19: 24) hell would be full. The scripture says, “And again I say to you, it is easier for a camel to go through the eye of a needle than for a rich man to enter the kingdom of God.”

Ultimately, a society without lack would be a lazy society.

Here is an interesting ‘what if…?’ What if a person owned all the businesses in the world? Would he become richer or poorer? Think about it and answer that question truthfully.

Keeping all the above in mind, it is key for us to realise that the poor help to bring balance in society. The only person who can reduce poverty to zero is Jesus Christ. He showed us through the five loaves and two fishes (Matthew 14: 16-20).

If we want to see a society become rich, we must set up a welfare system to benefit those who are in need.

We must all seek to help the poor, the fatherless and the widow. The more a nation gives to other poorer nations, then the more blessed such a nation would become.

The quickest way to bring a nation or organisation into poverty is to begin cutting off their giving to the poor. Recognise that the main reason a person has been given wealth in the first place, was to be a blessing to others.

Genesis 8:22 and 26 remind us that God will allow a recession to give us an opportunity to give to others so that others/other nations can be blessed.