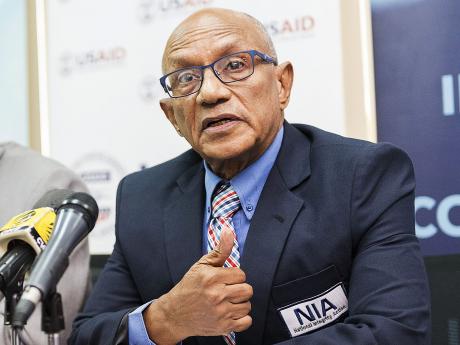 The National Integrity Action (NIA) has described as regrettable the retirement of acting Director of Corruption Prosecutions at the Integrity Commission Dirk Harrison.

It emerged yesterday that Harrison will step down and go on retirement effective September 1.

NIA says he has had a distinguished record both as a prosecutor and as Contractor General, arguing that his investigation reports, which spanned two administrations, were independent and impartial.

The anti-corruption group pointed to what it called Harrison’s “troubled relationship” with the Commission saying it believes that this along with the lack of his appointment “obviously precipitated his retirement.”

NIA took the Commission to task over its handling of certain matters such as Harrison's “Room on the Beach” Investigation Report and its failure to name and identify Members of Parliaments being investigated by the agency, saying these actions caused public disquiet.

“And now the vacancy in the critical Corruption Prosecution position all point to the urgent need for a fresh start if the Integrity Commission is to become the effective anti-corruption tool needed by Jamaica and if it is to build the trust and confidence of the Jamaican people as well as that of our international partners.”

Towards this end, NIS is calling for Parliament to immediately set up a committee of both Houses to conduct a review of the Integrity Commission Act.

“This review should receive and consider submissions from the public but give priority to the implementation of existing recommendations to amend the law and regulations so as to make the Commission more transparent, accountable and effective,” NIA said.

“The urgency of this matter can hardly be overstated as the Commission, having completed its investigation report into Petrojam, is referring the report to the Director of Corruption Prosecution, a position with no occupant when Harrison’s retirement takes effect on September 1, 2019,” it added.