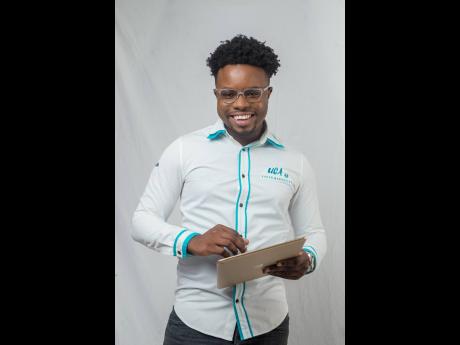 In our current economy, students at tertiary-level institutions need all the help they can get to secure jobs, pending completion of their studies. This is even more important for those who used loans for their studies and are expected to start repaying upon graduating.

Kristofferson Nunes was once in a similar position. In his final year, he wondered what he would do for employment once he had completed his studies. From his own experience, UCA Limited was created and has been assisting students since its inception in January 2017.

Nunes described the business as one that does job matches for students. “Essentially, we try to be the facilitators for students through different work experiences. We assist them in jobs to be brand ambassadors, to have internships, so they have work experiences prior to them graduating,” Nunes explained.

He said this is a good option for tertiary-level students because UCA Limited also revamps their résumés for possible work opportunities, and also seek jobs for them.

“Companies come to us looking for students for job opportunities. These are sometimes freelance and we try to facilitate these opportunities, so maybe students can work online, and from home or their dorms. They are sometimes basic things, mainly being a virtual assistant for a company or some transcription services to get some money coming in,” he further explained.

However, the 25-year-old disclosed that UCA Limited added a fee for the services being offered to ensure that students get the full experience of the package, and they are more likely to get some job experience while at school.

“In the past, any student could apply, but unfortunately, I couldn’t promise every student who applied for a job because I am not a miracle worker. So what we have done is, we have added a subscription fee,” Nunes stated.

“We realised on the flip side that when students make a financial commitment, they are more inclined to follow through for the prospect. During that time, we try to fix your résumés so that when companies ask us for candidates, we send them a more improved version of who you are so you are better represented and are better able to secure that employment opportunity,” he continued.

Students pay $5,000 for each semester for the package and according to Nunes, they usually leave satisfied. He further explained that approximately 3,000 students have been impacted by UCA Limited since its inception because there are companies that often hire in large numbers of 100 or 200.

“Students often enter with different expectations as some think that it is a get-rich-quick scheme, and it isn’t. It is a stepping stone to gain some real-world work experience, but also get a little money in their pockets,” Nunes stated.

UCA Limited is made up of a five-member executive team, with Nunes as the chief executive officer. The business also has two subsidiary projects: UCA Media, which helps media students to build on their crafts, and UCA China, which facilitates student who have left, or are leaving, tertiary institutions by teaching them about working in China. In addition to this, Nunes and his teams want to assist students who did not complete tertiary education but want to get into the working world.

“We want to facilitate persons 18 to 24 who may not have had the finances to go to university, but they do want the experience, and they do want to get out there, so we try to assist and facilitate students,” he stated.

The business owner is proud but humbled by his accomplishments, but also believes that there is plenty more for him to do.