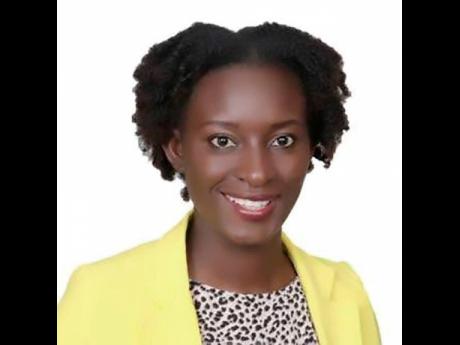 Chantelle Richardson of the rural, farming community of Free Town in Clarendon has been named among the 2019 Chevening scholars.

Chevening is a United Kingdom-based awards programme offering fellowships and scholarships to students around the world. Recipients are selected by British high commissions throughout the world. The former Clarendon College head girl will be pursuing a one-year research-based fellowship on digitised archives at The British Library.

Richardson, who currently serves as secretary of the Free Town Police Youth club, describes herself as an ambassador for her parish, adding that, “In 2018, I was the second runner-up in the Miss Clarendon Festival Queen Competition, and so I am an active cultural ambassador for my parish and, by extension, Jamaica.”

Speaking of her upbringing, Richardson told The Gleaner, “I came from very humble beginnings. My mom did babysitting or household jobs. She wasn’t getting any big salary, but she tried. My father also gave support when he could.” The scholar added that she is a product of sacrifices.

“We didn’t have a lot of money, but they made the sacrifices to ensure I got a good education. My father is a farmer, so whatever earnings he would earn from his livelihood and from my mom’s little work around the place, they used it to send me to school.”

Richardson noted that during her secondary-school years, her pursuits to her goal were dampened by financial woes, heightened by the distance from home to school. “Clarendon College is pretty far from where I lived, so bus fare every day was a lot of money, but it was God that really brought me through.”

Richardson, who currently serves as a librarian in the Special Collections unit at the National Library of Jamaica in Kingston, said her job is of key importance as it helps in the preservation of Jamaica’s cultural heritage. “Preserving our cultural heritage is important. Our heritage is not just the oral, the talking and the dancing; it is also our written culture.”

She added that she is most grateful for the scholarship as it will assist her in making a profound impact on her country. “That’s one of the things about Chevening –when you come back, you have to contribute to your country in a very meaningful way.” she added.

Noting the decision that fuelled her interests in becoming a Chevening scholar, Richardson said, “I know the rich history that Chevening has in terms of giving persons who are leaders in their community or in their fields an opportunity to go abroad and study at some of the best universities or work at some of the world’s best institutions. I want to be a part of that. I want to be a part of helping to build my country,” she said.