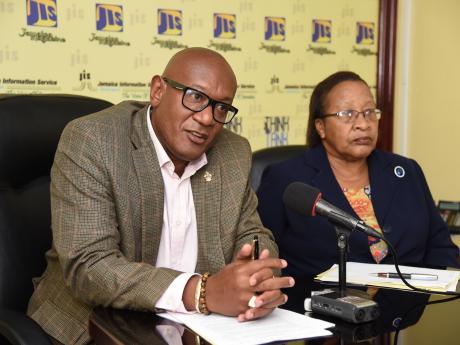 The Minimum Wage Commission will host a series of consultations in collaboration with the Ministry of Labour and Social Security.

The Commission consists of representatives from the Ministry, the Jamaica Employers’ Federation (JEF)  and the Jamaica Confederation of Trade Unions.

Addressing a JIS ‘Think Tank’ on Tuesday newly appointed Chairman of the Commission, Dr Donald Robinson, said the decision to host these consultations is to ensure that stakeholders are part of the discussions to determine whether there should be an adjustment to the minimum wage, and the percentage amount.

“These consultations will give us an opportunity to get a broad level of input from workers and employers from across the country. A slew of activities will be used to sensitise the public, which is also invited to make submissions to the Commission,”  Robinson said.

According to him, the commission’s duty is to consult and listen, but primarily to give advice to Labour Minister, Shahine Robinson, on the setting of the National Minimum Wage.

The first consultation is scheduled for Thursday, September 12 at the Montego Bay Convention Centre in St. James, starting at 3:00 p.m.

It will form part of the Ministry’s first Labour Development Engagement Road Show for 2019.

Other consultations will be held on September 24 in Portland; October 24 in Manchester; on October 30 in St Ann and November 20 in Kingston.

Robinson said that at the end of the consultation period, the commission will deliberate and then write an opinion advising the Minister on whether there should be an increase of the Minimum Wage and what level of increase.