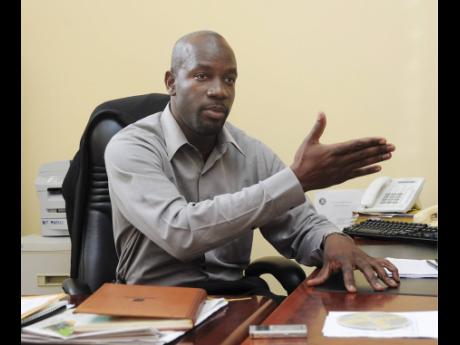 The State of emergency now in operation in Clarendon took centre stage at Thursday’s monthly sitting of the Clarendon Municipal Corporation.

Scean Barnswell, councillor for the Hayes division, said while he welcomed the declaration of a state of emergency (SOE) in the parish, there have been numerous complaints.

He said the SOE is impacting businesses with its mandatory 9 p.m. closure time.

“For some persons, that’s the time they start to see some increase in their revenue intake for the respective business that they are doing,” he said, pointing out that the good is suffering with the bad.

Barnswell said the effect is not only being felt by the man who jerks chicken in the street, but KFC, the gas stations and other places which would have had extended opening hours.

“What I was hoping for, however, is that with the data gathering, the police and security forces would have known where the perpetrators are located or the troubled spots, and instead of the entire parish, would have cordoned off those troubled communities and see how best we can be able to put in place effective policing instead of everybody having to be inconvenienced in this approach,” he said.

Councillor for the Crofts Hill division, Anthony O’Conner, in pointing out that the SOE will not last forever to mitigate crime in the parish, challenged the team to put together a crime plan.

“When the SOE would have gone, we can keep the parish in the same manner as it has been kept since last Thursday,” he said.

DSP William Davis, in giving an update on the SOE, said since it was announced, 110 persons have been interviewed by the police, and of that number, 15 were remanded at the detention centre located at the Tamarind Farm Adult Correctional Centre in St Catherine.

Davis said 95 persons were released, of the 110 interviewed.