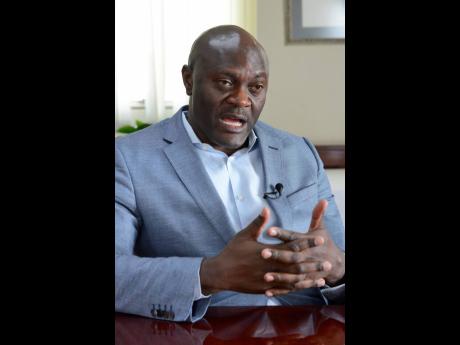 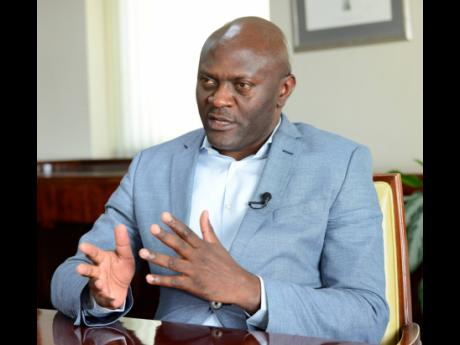 Dr Constant Lonkeng Ngouana, the man who stood as the International Monetary Fund (IMF) representative in Jamaica and had been living in the country for three years, has said goodbye … for now.

The Cameroonian, who was sent from the Washington-based institution to lead local staff focused on helping to turn around the Jamaican economy that was going through rough times, told The Sunday Gleaner in a recent interview that he found a connection with Jamaica as soon as he landed.

“I felt some sort of cultural similarity with what I would have been used to in my own country, Cameroon. Some similarity in terms of food, spice, the same type of taste. Similarity in how warm the people of Jamaica are. I really felt the connection,” Lonkeng Ngouana shared.

That bond, he said, made his stay on the island much more comfortable, especially being faced with the daunting task of resuscitating a low-pulse economy.

With analysts now giving the IMF thumbs up for their role in improving Jamaica’s economy, the recently departed Lonkeng Ngouana said that he does not take it for granted that he has become a national household figure, although many struggle to pronounce his last names.

Lonkeng Ngouana said that he has visited several places across the country, engaging with different stakeholders, and getting different perspectives on the issues that Jamaica faces.

He also opined that Jamaica indeed lives up to the tourist attraction it has been packaged and sold as for decades, although, he confessed, he has not been to the beaches as much as he would have liked.

“When you visit places across the island, people are always welcoming, and that speaks volumes of how genuine the people are. You can feel the openness and it comes from the heart,” Lonkeng Ngouana stated, stressing that the highlight of his tenure was his engagement with Jamaicans.

LOVE THE PASSION OF THE SPORT

Apart from the warm embrace that was extended to him, local sport also had a lasting impression on the economist, which came about through his expressed desire to see the fastest sprinters live in action at the National Stadium.

“When I was moving here, they quoted me in a release from Washington saying I was looking forward to watching up-close the fastest sprinters on earth. When I said that, I had in mind the famous ones. I didn’t know what was ahead of me,” he stated.

“But when I got here, I got to go to (ISSA/GraceKennedy Boys and Girls’ Championship) Champs at the National Stadium. Boy, the passion there was amazing.”

“Such passion at the stadium. There is no pressure on the world stage that can match the pressure of your peers from your school. No wonder Jamaicans are so successful in track and field. To me, that was really a life lesson, seeing the process,” he declared, quipping that the ‘yam story’ in respect to running really fast could be dismissed.

“Yam never made me any faster,” he also jested.

Jamaica’s current programme with the IMF is scheduled to officially end in November. The country will, however, continue to benefit from IMF technical assistance and the ‘economic health check’ that the global institution conducts annually for all its 189 member countries.

Lonkeng Ngouana joined the IMF in 2010 through its young professional programme, and has since worked in the African Department, the Institute for Capacity Development, the Fiscal Affairs Department, and in the Western Hemisphere Department.