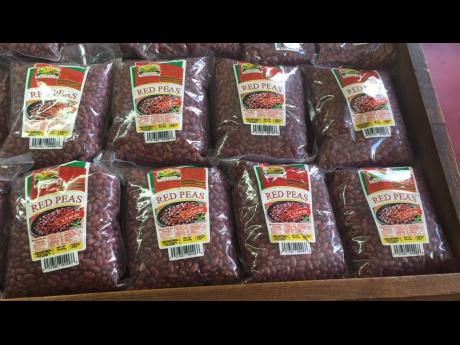 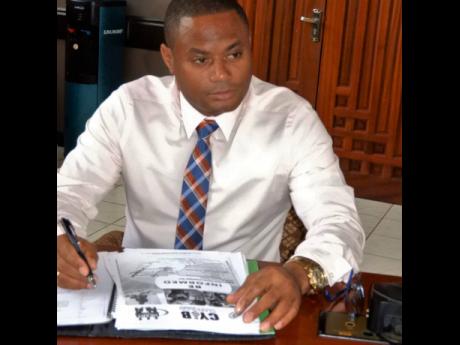 Concerned that the bill for importing red peas is high, Damion Young, operator of Home Grown Produce and Agro-bizz Ltd, has said he is on a mission to revive the industry in Jamaica.

“Over the years, it has made farmers insecure and unsure about the growth of the crop and the market. Some have become frustrated and have lost interest in planting red peas, and that is unfortunate,” said Young, pointing out that red peas is a product that is used every day – be it by housewives, restaurants, cookshops or hotels.

Stating the quick turnaround time for the growth of the crop, which is three months, Young said Home Grown Produce, which is based in Clarendon, has arrangements with farmers across St Elizabeth, Manchester and Clarendon for the growing and supply of the peas.

He said the mission is to mobilise farmers to plant the crop with the commitment from his company to purchase.

“We have checked the markets with respect to packaging and distributing, we are one of the main entities also giving the farmers a commitment to take all the peas that they can supply from their hands, we are willing to contract farmers basically,” Young shared.

Red peas farming is nothing new to Young, as he said he has been involved in it since 2015, with the product already enjoying prominent spaces in supermarkets.

Packaged in half and one pound parcels, Young said the mandate is to satisfy as much of the local market as they can, with the ultimate goal being to make a big dent in the importation bill.

Pushing the value of the product, Young said there is no preservative or chemical used in the process.

“It’s fresh from the farm to the shelf … all natural,” said Young.

As he looks to revive the market in Jamaica, Young is making a special appeal to the Ministry of Agriculture to see how best they can assist in reducing the importation of the product into the island in order to allow local farmers to be sustained.

“In the same breath, I would like to highlight the role of the Ministry of Economic Growth and Job Creation, through their partners and agencies, such as the Environmental Foundation of Jamaica as well as the COMET/USAID Programme in helping to stimulate the red peas industry. I know that they have provided grants and they have been encouraging NGOs to work closely with farmers in some quarters to get back the cultivation of that crop off the ground,” he said.

Young also appealed to the Jamaican shoppers, encouraging them to continue to supporting local produce so that farmers can work with confidence and the assurance that their crops won’t go to waste.

“It would be great if the Ministry of Agriculture could be willing to sit down with producers of the crop and say, what is your projected yield for this quarter or year. We will reduce the importation of peas by such and such amount. In that way, the ministry would appear serious about growth and would really be working in the best interest of the farmers,” said Young.