We are being held at ransom – Chuck 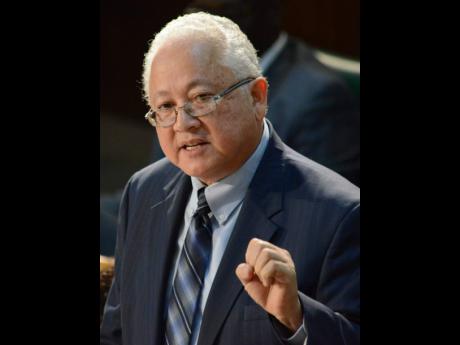 Minister of Justice Delroy Chuck has said that the St Thomas Municipal Corporation is standing in the way of the development of a Restorative Justice Centre in the parish.

Chuck explained that though a building has already been identified where the centre can be established, the council is demanding that a commitment to renovate the old courthouse be made before permission is granted to occupy the space.

The historic building sits yards away from the structure that the justice ministry hopes to transform into the centre.

“I don’t know why the [municipal corporation] is taking that very strong line that we must give a commitment to fix the old courthouse. I understand that it has been there and many promises have been made to fix it. But in the same way, the annex where we’d want the justice centre is not being used, and we said we can use it while the Ministry of Culture and myself look at ways and means, by which we can fix the old courthouse,” Chuck told The Gleaner.

He added: “But to impose a condition that they’re not going to let us have the place without a commitment is just not on because as I said, the minister of justice can’t give a commitment to spend money that is not in his budget,” he said.

Chuck told The Gleaner that he had pointed out to the municipality that both the justice and culture ministries are willing to put in writing that they will do everything in their power to have the courthouse renovated within the next five years; however, they cannot sign a cheque at the moment because the project is not within their budget.

“And that is something they have not accepted. They feel we must give a commitment to spend in excess of $200 million, which is just not on. I told the mayor that we can’t satisfy that condition,” said Chuck.

He added: “In the meantime, we will be looking for other places…, even if we have to buy land to have the centre built, which just seems unnecessary, especially where you have an annex that can be a suitable justice centre that can be ready within weeks, but we are being held up to ransom,” Chuck said, adding that without the permission, there is nothing he can do.

However, when contacted on the matter, head of the St Thomas Municipal Corporation and Mayor of Morant Bay Michael Hue told The Gleaner that apart from some outstanding paperwork, permission has been granted for the use of the building in question.

According to him, “We have accepted and agreed to enter into a partnership in providing use of the building beside the courthouse. In the meantime, we are actively seeking assistance in getting the courthouse renovated.”