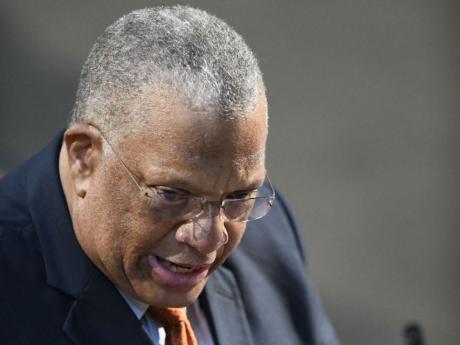 Phillips ... The new team includes a number of fresh faces.

Drs Dayton Campbell and Angela Brown Burke have been axed from the Opposition's Council of Spokespersons.

The two were part of the leadership of the campaign team of defeated presidential candidate Peter Bunting in the September 7 race against incumbent Dr Peter Phillips.

Campbell was the Opposition spokesperson on health and Brown Burke, the shadow minister for local government.

Noel Arscott, the spokesperson on community development and social transformation and Ronald Thwaites, the shadow minister on education are also out.

So too is Ian Hayles, who was the spokesperson on water and climate change.

It also features Dr Morais Guy as the new Leader of Government Business in the House and Westmoreland Central MP Dwayne Vaz as his deputy.

Guy replaces Phillip Paulwell, who will be campaign director for the People's National Party helping to prepare the Comrades for the next general election.

"The new team includes a number of fresh faces, who will shadow existing government ministries and engage the country in the PNP’s new policy solutions prior to the next general election," Phillips said.

Meanwhile, former Permanent Secretary in the Office of the Prime Minister, Elaine Foster Allen, is the new Shadow Cabinet Secretary.

Health and Wellness, and Leader of Opposition Business in the House of Representatives
Dr Morais Guy