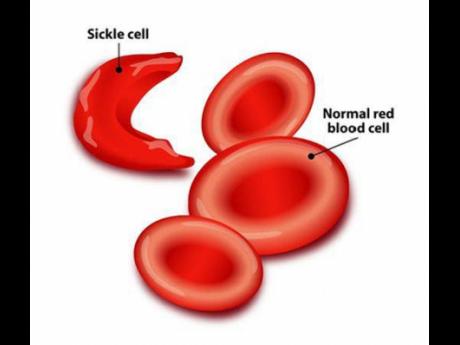 Biomarkers have long been used in healthcare as a diagnostic and treatment aid. In addition, biomarkers such as those used to determine the probability of disease presence or development based on deoxyribonucleic acid (DNA) have been used as a means of taking preventive action, by predicting disease progression and possible response to treatment. In this way, a treatment model can be developed for the patient even before symptoms begin. A simple definition of a biomarker is a characteristic that a person possesses that can be objectively measured to determine the likelihood or presence of illness. This can assist the healthcare provider to make quicker and better decisions for the patient.

A simple example which can aid in understanding this concept is blood testing used to determine the presence of Haemoglobin S (the defective form of Haemoglobin), in the detection of the sickle-cell trait (SCT). This enables a physician to guide a patient in terms of life choices. For example, persons with SCT can consider the fact that two persons with SCT can have a child who develops full sickle-cell disease which would result in a lower life expectancy than the general population, along with several other complications.

Biomarkers determined through blood and genetic testing have always been a common way of disease discovery. Particular attention has recently been paid to determining whether persons are at risk for various forms of melanoma through DNA. Evasive action can and has in some cases been taken for cases of possible breast cancer development for example.

As technology has grown, the ability to find and use biomarkers in healthcare diagnosis has also grown. Along with the long-used methods, digital biomarkers have become more and more popular and reliable in determining risk factors for patients and aiding in preventive care and treatment. Digital biomarkers include wearable and other personal diagnostic and monitoring devices. In the past we have looked at wearable and remote care tools as simple add-ons for the patient. In fact, wearable technology had in recent years become somewhat of a fad where people seem more concerned with counting steps or simply only using their devices to check blood pressure or blood sugar – in isolation.

I am in no way discounting the importance of these as we already know that fitness and wellness information is important biomarkers and can alert one to larger issues in a person’s health. What I am talking about here is the fact that we tend to limit ourselves to these indices and not fully utilise these devices in the expanded role that they can play once integrated into larger technology systems. The digital health revolution has now allowed us to be able to easily integrate wearable and remote care technology to allow access to an enormous amount of health data without a patient even having to visit a hospital or physician.

The continued expansion of the wearable market is something that we simply cannot ignore.

According to Markets and Markets, “The wearable medical devices market is expected to reach US$14.41 billion by 2022 from US$6.22 billion in 2017, at a [compound annual growth rate] of 18.3 per cent during the forecast period. Factors such as technological advances in medical devices, increasing penetration of smartphones and growing number of smartphone-based healthcare apps compatible with wearable devices, growing preference for wireless connectivity among healthcare providers, and increasing awareness about physical fitness are driving the growth of this market.”

The increased use of health technology software at hospitals and doctors’ offices is an important complement to this expansion. Through integration with the software and the development of various algorithms, providing the right analytical tools, wearable and other remote care devices can be used as digital biomarkers.

Digital biomarkers represent an easier and more cost-effective way of detecting certain diseases and risk factors. In this way, they have opened up access to improvements in health to a wider cross section of the population. This is essentially what healthcare digitisation seeks to do. Once we have increased penetration of the technology, imagine the immense improvements we will see in the general health of the population.