Be vigilant! - Vasciannie warns against ­unnecessary barriers to free ­expression 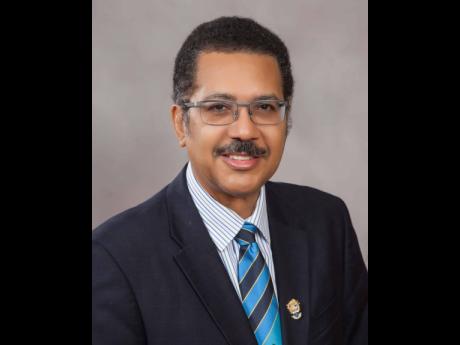 Freedom of expression, freedom of religion, and other constitutional freedoms are not mere ‘paper rights’. They are important elements in the way we live as human beings, asserts University of Technology, Jamaica, principal Professor Stephen Vasciannie.

According to him, free expression is a personal value in its own right.

He said that it is essential to individual development and a key component of democracy.

Vasciannie gave his assessment as part of a speech delivered on his behalf at last week’s launch of the Reverend Devon Dick’s third book, Enduring Advocacy For A Better Jamaica.

“There are restrictions on free expressions designed to preserve personal reputation and to prevent disorder. But that said, we should be vigilant in the fight against unnecessary barriers to free expression,” Vasciannie said.

His statement on freedom of expression came only a day after the leader of government business in the Senate, Kamina Johnson Smith, officially withdrew the contentious resolutions that sought to bar members of the public from accessing Cabinet documents for 70 years under the Access to Information Act.

The resolutions sought to increase the restriction on access to Cabinet documents from 20 to 70 years.

Vasciannie noted that persons should have significant access to government documents in good time unless there are particularly strong grounds for the State to withhold such information.

“I recently completed reading Truth Be Told, an important book of conversations between Glynne Manley and Michael Manley. Our former prime minister is candid on various points and quite critical, for instance, of some of his rivals,” he revealed.

Vasciannie said further: “If one wants to test the validity of some of his criticisms, it would be good to have public access to Cabinet documents from the Manley, Seaga and Patterson Governments open to researchers. In my view, this would enhance governance, promote self-knowledge, and remind our leaders that they are accountable to the people,” said Vasciannie.