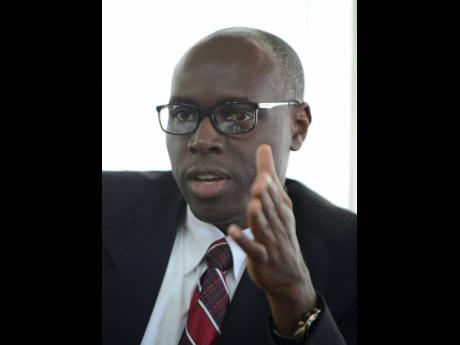 The final week in September marked the end of summer and the beginning of autumn. It also meant, for the people of St Thomas, a new dawn.

The government had announced that the long-promised multimillion-dollar construction works under South Coast Highway Improvement Project (SCHIP) would have begun within that period.

It’s mid-October, the roads remain untouched and the people of St Thomas are livid.

“The government is taking the people of St Thomas for a ride and we only hear about the roadwork when we as residents raise concern. Does everything in this parish have to be birthed by tears?

“We don’t get updates until we start making noise, then you hear they say we have the rebellious spirit of Paul Bogle. When we read the news we see that funds are being allocated for other roadworks in other areas of the island but nothing is being done for the parish of St Thomas. We were promised, we waited and waited yet still we are left high and dry,” one resident shared.

Conversations surrounding the lack of activities where the improvement of the major thoroughfare in the parish are concerned have been permeating the social sphere both on and offline.

“Drove to St Thomas the other day and it’s like one big ‘oel’ dirt track that deserve nothing more than horses and carts,” one resident shared on facebook as he noted his displeasure with the continuous delay of the project.

Another commented: “Maybe they meant [end of September] 2030.”

Sharing his views on the matter, Member of Parliament for Western St Thomas James Robertson said: “I was also hoping that the ground would break before the end of September. However, we are aware that it is a big project and insurance and bonds have to be put in place for the work to start and I am confident that the Morant Bay to Cedar Valley leg of the project will begin this month. Contracts were signed and we were present, so now we wait on the work to start.”

Communication manager at the National Works Agency, Stephen Shaw gave the assurance that the physical aspects of the project will begin in short order.

He told The Gleaner that while it would take some time to see the construction happening, the finer details are being finalised to get things on the road.

“We are putting together the final nuts and bolts with a view to commence the construction during this month. You may see machines on the road, but in the context of final bit of work being done for design issues that are being treated with, establishment of site offices and so on.

“I cannot speak to the strategy of how the work is being undertaken. That information will come after the site offices and so on have been established and following updates from the contractors on the work programme,” Shaw said.

The Government will be spending US$195 million ($2.8 billion) to undertake road construction works under the SCHIP, which was slated to begin by the end of September.

This initial segment of theUS$195 million project is to entail the rehabilitation of the 14-kilometre stretch of roadway from Harbour View in Kingston to Cedar Valley in St Thomas, by China Harbour Engineering Company Limited, through a three-year contract.