The Calling: From award-winning chef to minister of the gospel 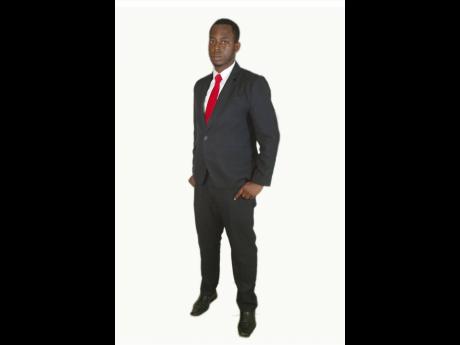 We often hear stories of pastors who used to live contrary to biblical teachings. Those persons may have started out in fields that, when matched with theology, would be like oil and water. Or they simply had not planned to enter the world of ministering before the call was made upon their lives.

Over the next few weeks, we will meet some men who had no idea that their lives would have taken them to the pulpit and who have no regrets, but share a zeal to populate the kingdom of God and depopulate hell.

“For over 12 years now, I have been a vibrant member of the Seventh Day Adventist Church. However, before my call to ministry, my life was in total darkness and I had been misunderstood and rejected for years. Because of my inability to function effectively academically, I was treated like an outcast,” Romario Bonnick began, as he shared his story

“Persons within my circle said I wouldn’t turn out to anything meaningful in life and that I was going to be worthless. I was mentally stressed. There were times I wished the night would never turn to day because at the rising of the sun, it would only give way to more pain and hurt. But there was light at the end of the tunnel as God would later convert my darkness into light, my pain into a story, and my hurt into joy.”

It was at the HEART College of Hospitality Services in Runaway Bay, St Ann, that he received the call, all while training to become a chef and preparing to enter the Taste of Jamaica Culinary Competition at the Montego Bay Convention Centre.

“I remember a trainer telling me it made no sense I entered because I was inexperienced and the chefs that I was going up against were simply better than I was. I was embarrassed because I worked so hard. I took it to the Lord in prayer, and I made God a promise. I told Him if He allows me to medal in the competition, I will go to school to study ministry and minister to His people. As a child, I thought about ministry, but I never dwelled on it.”

Bonnick said that two nights before the competition, he received a vision in which he was told that if he followed the way God wanted him to, his heart’s desires would be realised.

“I entered the competition as an underdog, and in 2016, I received a silver medal in the Taste of Jamaica Culinary Competition for the second-best beef cooker in Jamaica. It was unbelievable, and nobody expected it! God held up His end of the bargain and still does, so I had to keep mine.”

The senior religion and theology student at Northern Caribbean University and vice-president of academics at the Ministerial Association of the School of Religion and Theology on campus said he was happy to be of service to God’s people.

“God has enabled me to excel in every branch as it relates to holistic development and education. Through my ministry, I have been touching lives and transforming for the kingdom of God. God has worked mightily in my life.

I want the people of this world to know that there is a God. I know that a lot of individuals are experiencing the same thing that I have experienced, but if you surrender your lives to God, He will turn your discouragement into encouragement.” he said.