Servant of God and good Samaritan 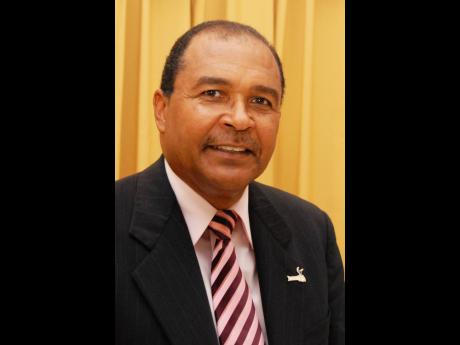 Described as a dedicated servant of God and a good Samaritan to the many communities he serves, the Reverend Dr Peter Garth makes it his daily duty to lift persons in need and attend to the poor and dispossessed, among others.

He has been doing this for the past 37 years while serving his local church, Hope Gospel Assembly in St Andrew – where he is the senior pastor – and constituents of the various neighbouring communities.

Additionally, Garth serves as chaplain at Merl Grove High School, and is an author, motivational speaker, biblical teacher, and counsellor. On National Heroes Day, Monday, October 21, he earned another accolade when he was conferred with the Order of Distinction in the rank of Commander for service to religion and community development, during the Ceremony of Investiture and Presentation of National Honours and Awards at King’s House.

“I was deeply humbled to hear that I was receiving this prestigious award and since August 6, when the list was published, I have just been thankful to God and also motivated to continue doing His work and helping people,” Garth tells JIS News.

He notes that since childhood, “even before becoming a Christian, some persons said that it was in my DNA to care about people”.

“In fact, when I was growing up, my parents thought I would have gone into the priesthood because I just had a desire to help people around me. So I have always been that way… looking out for those in need,” Garth reflects.

Under his leadership, Hope Gospel Assembly has spearheaded annual back-to-school fairs and health fairs, operated a clinic, and offered numerous scholarships, among several other initiatives to support community development.

“You could do all the studies in the world … people do not care how much you know until they see how much you care. So my aim was to work with the community, win them and feed them, as I looked at it as winning the lost, feeding persons and lifting them up. I believe that if the Church is not lifting up persons then it is not functioning as the true church,” Garth states.

His efforts have resulted in 3,500 children being provided with backpacks and school supplies; and 300 scholarships being awarded to primary- and high-school students from the communities of Trench Town, Rose Town, August Town, and Gordon Town in Kingston and St Andrew.

“We also have a clinic, and once per month, we have a cadre of doctors who offer their services free of cost to the various communities. One of our very big events is our health fair at Jamaica College with over 100 tents [where] we fill prescriptions on the spot with permission from the Pharmaceutical Society of Jamaica and get additional doctors and nurses to serve over 1,000 persons,” the clergyman informs.

Garth says his church also spearheads a feeding programme for children and the elderly, who are served a meal once per week.

Grocery baskets and packages are also provided for needy members of the church and distributed to various communities.

“I believe that what is critical to the growth of any nation is community development … so my desire, now, is to build a centre at the back of the church. We have the plan and we are going to start soon,” Garth discloses

He advises that the facility, to be called Community Life Impact Centre, is expected to serve as a homework centre, offering computer studies and skills training for residents of the surrounding communities.

Garth’s service extends beyond the church and community as he has been giving years of valued contribution to several committees and organisations.

He served as president of the Jamaica Evangelical Alliance and Associated Gospel Assemblies and vice-chair of the Jamaica Umbrella Group of Churches.

He is a justice of the peace for St Andrew, and has been a member of the Lay Magistrates Association since 2000.

His work as an author has included the publication of several manuals covering religion, leadership, praise and worship, fasting, discipleship, marriage and counselling.

“Part of my philosophy is to strive for excellence [by] having the glory of God in view. So I urge persons to … serve with a smile, as serving humanity is a tremendous thing,” Garth advises.