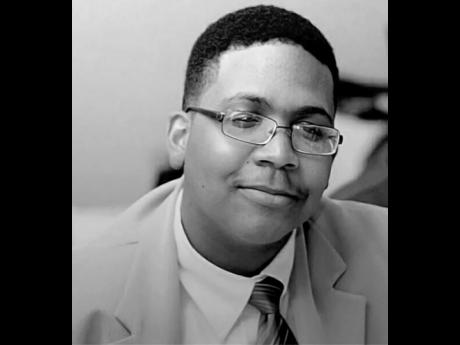 Students of local tertiary institutions will this weekend be celebrating the completion of their studies and the start of the rest of their lives during annual graduation ceremonies. As many families look on with pride, The Sunday Gleaner and Gleaner this week highlight the stories of just some of the young adults who will determine the future success of the nation.

A Venn Diagram of French and Spanish would find Russell Green firmly positioned in the intersection. He applied to The University of the West Indies (UWI) to pursue a double major but developed an interest in linguistics after his first semester.

“I really chose that area because I’ve always been interested in languages, to express myself in another language to reach another culture,” he said. His parents always encouraged him to pursue what he desired, but also reminded him to remain practical.

Green has been awarded a degree in Spanish with a double minor in French and linguistics (First Class Honours).

He is now almost 1,700 kilometres away from Jamaica, in Guadeloupe on a seven-month programme under the direction of France Éducation Internationale, which allows people from all over the world to go to France and its overseas territories.

“I’m now an assistant to several English teachers at three secondary institutions in Guadeloupe, and my job is to be a cultural ambassador for my country, to be a point of reference for English language, and to regularly interact with the French students – giving them access to authentic English, as opposed to just recordings of people speaking English,” Green explained.

It is both an exchange programme and a job, as he is being remunerated monthly for his efforts.

“It’s been a really good experience. The people here are very Caribbean – very welcoming, warm and nice. They have their own Creole languages and the food is very similar. Geographically, it’s beautiful! Where I am, I have a view of the sea and the La Soufrière volcano.”

Reflecting on his time at UWI, he said: “It took a lot of discipline and a lot of hard work as well. I had to focus on the prize. At times when I was overwhelmed, to clear my head, I would just take a walk around the campus because the campus was so beautiful.

“I’d have the lights on up to 3 o’clock in the morning and my parents would come out and sit down, helpless. But they tried to give me that moral support. Sometimes they would ask questions or offer suggestions but not all the time would it work,” said a reflective Green.

He would often exceed his expectations and, in his first two years, he copped the awards for the most outstanding student in Spanish and in the Faculty of Humanities and Education.

A few things made Green’s journey at The UWI unique, and having lecturers who really cared topped his list. He said the lecturers in the Department of Modern Languages were always approachable and he could always go to them during and outside of consultation hours.

He added: “They would always be encouraging and uplifting. I felt like I was a part of a close-knit family in that department.”

Number two on that list was the multicultural environment.

“That offered me the opportunity to meet students from all over the world, and I can say that I’m here in Guadeloupe because I met a Guadeloupian, an exchange student, who is still my friend down to this day. Because she promoted the island so much, I’m now here and she has helped me ever since I got here.”

Alongside his role as language assistant, Green is pursuing a postgraduate diploma in the Teaching of French as a Foreign Language at the Université des Antilles in Martinique.

“It’s an online degree, so I’m able to regulate the time that I spend studying. It’s quite difficult, as I’m required to do eight courses per semester, but some of the aspects of the programme are quite interesting.”