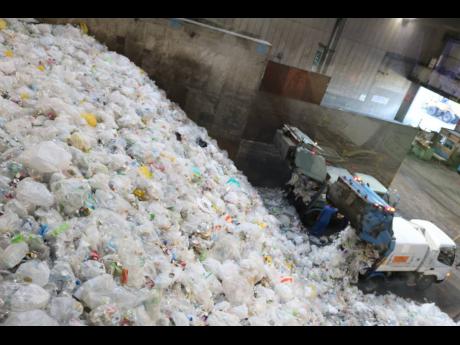 In 2002, each of the estimated 2.9 billion urban residents across the world were generating, on average, 0.64 kilogrammes of municipal solid waste per day. Ten years later, in 2012, a World Bank study, titled What A Waste: A Global Review of Solid Waste, confirmed that that amount had almost doubled to 1.2 kilogrammes per person per day.

The study estimates that by 2025 with the global urban population projected to reach 4.3 billion, there will be a frightening exponential increase in the volume of solid waste from 1.3 billion metric tonnes per year in 2012 to a staggering 2.2 billion tonnes. By then, individuals will be responsible for generating 1.42 kilogrammes per capita, per day.

That the population is growing rapidly in Africa and other developing areas with limited resources to properly manage solid waste collection and disposal is cause for concern, according to the Japan International Co-operation Agency (JICA).

On Monday, Kenichero Koiwa of the JICA’s environmental management team, explained to a team of journalists and university students participating in the 2019 Japan Journalism Fellowship, being hosted by the Tokyo-based Association for Promotion of International Co-operation, that the global prospects for treating with solid waste management, marine plastic waste and wastewater treatment is grim. As a direct result, the volume of global sewage is also mounting.

The increase in solid waste and improper treatment, such as illegal burning and dumping, causes adverse effects on the environment and human health, such as water pollution, infectious diseases, which in turn has a deleterious effect on livelihoods such as tourism, Koiwa said.

In seeking to address the problem, JICA takes a comprehensive, integrated waste management solution centred on three Rs – Reduce, Recycle and Reuse, with the second approach being the provision of assistance based on development stages and the local context.

Turning to marine plastic waste, Koiwa explained that at least 80 per cent of that is generated from land-based activities, hence the need to find a strategy for reducing the flow from this source, such as an economic incentive-based scheme which would reward recycling and other such efforts.