Get ready! - Opposition leader urges team to be prepared for next general election 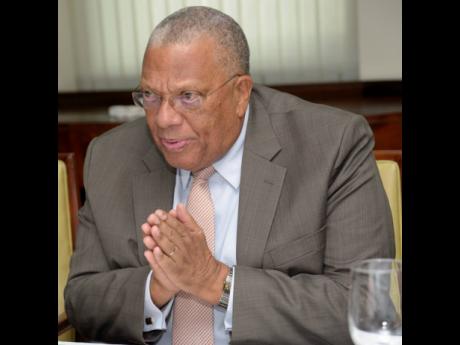 Opposition leader Dr Peter Phillips on Sunday urged Comrades to be prepared. Speaking during a Regional Council Meeting held at the Bridge Palm Hotel in Toll Gate, Clarendon, Phillips, who refrained from singling out any constituency in terms of level of preparedness, reminded caretakers and MPs that while they were not responsible for selecting the date of the election, their job is to be ready.

He did not mince words as he said that any candidate who was not ready would be replaced.

“If we find that when we going down to the wire that some people can’t start their engines, then if we have to put a new driver behind the wheel, if you can’t rev up and start your engine, we are going to put someone in place to do it,” Phillips said.

‘Ja depending on us’

According to him, f many people with hopes for a better future are banking on a win from the People’s National Party (PNP).

“The laid-off sugar workers in Monymusk believing in PNP for a better chance for a future; teachers who have seen the educational system fall under the cloud of corruption and abuse are hoping that the PNP will be victorious; the nurses, the matrons, the doctors in the hospital who are working without equipment, without adequate staff [are depending on the PNP],” he said, reeling off a list of those he claimed were looking for redemption from the party’s victory.

Phillips expressed hope in Clarendon’s ability to perform well when the election is called, noting that he has never been more confident about the parish.

He urged the caretakers to “hold the fort”, reminding them that it will take organisation as all the signs indicate that the current Government is “feeling under pressure”.