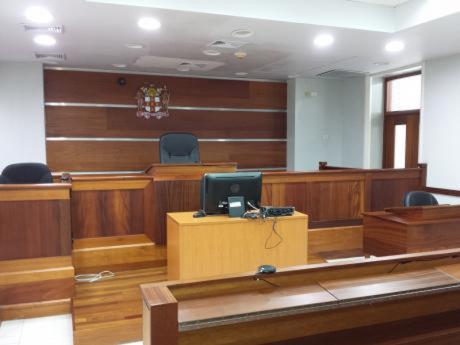 The Judiciary has moved to address concerns raised in the public domain about fines imposed by the court on delinquent motorists.

The police’s traffic department has been on an enforcement drive since September to crack down on drivers with multiple traffic tickets.

In one instance, a motorist who failed to pay 615 outstanding traffic tickets was fined $65,000

In a statement this afternoon, a spokesperson explained, among other things, that a number of the motorists who have hundreds or over a thousand tickets have accumulated them over several years, as far back as 2010, and in more than one parishes.

Additionally, it was further explained that each Parish Court can only deal with those tickets issued within the parish for which that court has jurisdiction.

Therefore, motorists who have accumulated tickets in different parishes have to attend court in each parish to answer to the tickets issued in that parish. On the matter of traffic ticket warrants, the spokesperson explained that a motorist can only answer to the particular offence or offences listed on the warrant.

Turning to fines, the spokesperson noted that courts are limited by provisions set out in the Road Traffic Act.

It was explained that most ticketable offences do not carry the option of a custodial sentence regardless of how many times an offender has been ticketed.

The penalty is usually limited to a fine and the courts are not empowered to increase these fines, said the spokesperson.

The spokesperson pointed out that there are instances where the maximum fine that can be imposed by the court is less than the penalty payable at the Tax Office.

The offences of ‘exceeding the speed limit’ and ‘disobeying traffic signs and traffic lights’ for example, attract a lesser fine in court than at the Tax Office.

It was pointed out that the maximum fine for excessive speeding is $6,000.

The spokesperson noted that through the joint efforts of the Ministries of National Security, Justice and the Court Management Services, a new Traffic Ticketing Management System will soon be commissioned.

i) Ensure that the police, tax offices and the courts all have simultaneous access to one constantly updated database showing an accurate status of paid and outstanding traffic tickets.