‘Fix corruption before inviting us to come home’ 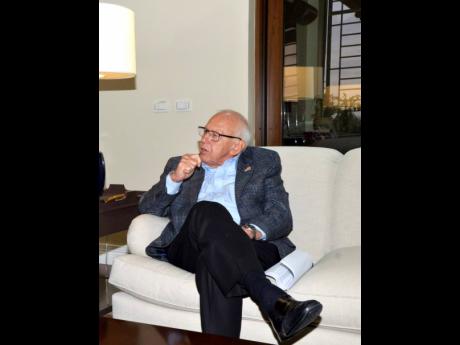 Some members of the Jamaican diaspora in the United States of America say they are unwilling to “return and invest” on the advice of Ambassador Donald Tapia and instead have asked that the top American diplomat on the island impress upon local politicians the need to be less corrupt to drive greater economic growth.

“Corrupt government, corrupt businessmen, corrupt tax system, and unfair classism are not a recipe for economic growth, and that is why no matter how the economy performs, it cannot realise real strong growth. So if you all want us back there to invest, to bring jobs and to help steer our country to greatness, quit corrupt practices once and for all. Then maybe many of us here in the diaspora will return,” said Rupert Strand, who has been living in the US for over three decades.

He said that he knows of fellow Jamaicans across the US who are eager to return, and who have been prevented from doing so because of the pervading bureaucracy and widespread corruption.

Jamaica improved its ranking in the World Bank’s Ease of Doing Business Report 2020 with the country moving up four places to be 71st in the world.

The upward move ends three consecutive years of fall in Jamaica’s ranking in the global index.

But despite the improvements, Jamaicans abroad remain hesitant.

One Jamaican living in the US state of Massachusetts, but who wished not to be named, has asked that Tapia first focus his attention on forcing the Jamaican Government to reel in corrupt members of Government by fixing issues that have had a debilitating effect on investment before making such request for a return.

“We would like to come home, but until the Government takes care of the crime issue, it is hard for most of us to make that decision,” the 53-year-old told The Gleaner.

Yet another said that until crime and corruption is fixed, “no one in their right mind should be asking us to come invest there”.

“We are not stupid. We have seen how poor people’s tax money is used in Jamaica. I am not impressed by the invitation. The good ambassador should pass that on to the ‘politricksters’ in Jamaica,” said Anthony Williams, who now lives in New York, but who has roots in Trelawny.

According to a 2010 US Census, there were nearly one million Jamaicans living in the United States, with the largest population of some 305,285 residing in New York. South Florida, Boston, Philadelphia, Cleveland, Atlanta and Washington, DC, also have sizeable Jamaican populations.