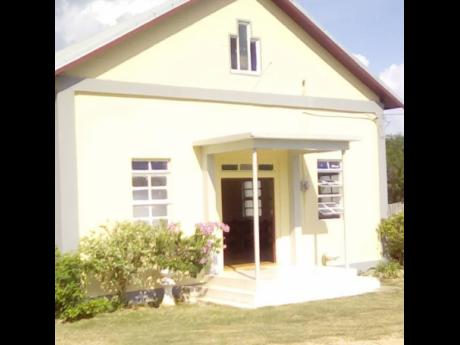 The Jubilee Baptist Church, located in Toll Gate, Clarendon, is making its presence felt in the communities it serves.

The church, which recently celebrated its 175th anniversary, has come a long way from the days when Jamaica had 22 parishes with the Vere plains being one of them.

Jubilee Baptist Church was founded in 1844 by Rev James Reid, the then minister of Hayes, Ebenezer and Thompson Town churches.

Rev Reid was a graduate of the prestigious Glasgow University in Scotland. He came to Jamaica on March 13, 1837 to assist Rev Henry Clarke-Taylor, who also had churches in Old Harbour and Hayes.

In 1951, the church building was destroyed by Hurricane Charlie, with a new building being completed in 1977 and rededicated to Rev Cyril Clarke.

On July 1, 2008, Rev Garry Knowles became the minister of the Four Paths Circuit of Churches caring for five churches, including Jubilee Baptist.

In 2014, the leaders and members of the Four Paths Circuit took the decision to reorganise themselves into two smaller circuits, seeing Jubilee Baptist’s ministry and mission reorganised and reoriented. The newly formed Toll Gate Circuit of Baptist churches, comprising Jubilee, Mount Lebanon and Faith, came into being in October 2014.

Stretching its outreach beyond its four walls, Knowles said the church currently partners with the Toll Gate Primary and Infant School in a mentorship programme and a kids’ club.

“Our Love and Care Ministry has been instrumental in assisting needy students and caring for home-bound members, as well as others in the community. Through the efforts of the Mission and Evangelism Committee, the church is poised to establish another mission in the Ebony Park environs in the near future,” he shared.

Knowles, who has been serving in the pastoral ministry for 11 years, said he believes his calling and passion is in ministry and to help others to have an awareness and commitment to God, who can help them to become the best that they can be.

“God offers a better alternative to life than what is found in the world, and it is not just for some persons but for all. The church, therefore, has the mandate through its ministry and mission to equip and empower persons to commit to this way of life,” he told Family and Religion.

Being a leader is not always easy, and Knowles will be the first to admit that lack of commitment and disobedience are challenges that slow the work of the church.

He said that what has kept him going through some of those challenging moments is remembering God’s vision for the church.

“Instead of concentrating and focusing my energy on what is happening now, I look to what the church will be, to recognise that the current moment is just a phase and buckle down and continue to serve,” he said.

For those who are planning to visit Jubilee Baptist Church, Sunday school begins at 10 a.m. with divine worship following one hour later. Bible studies are held on Wednesdays at 10:30 a.m. and 5:30 p.m., while the pastor’s office hours are on Wednesdays from 10 a.m.- 4 p.m. at the church’s office in Toll Gate.