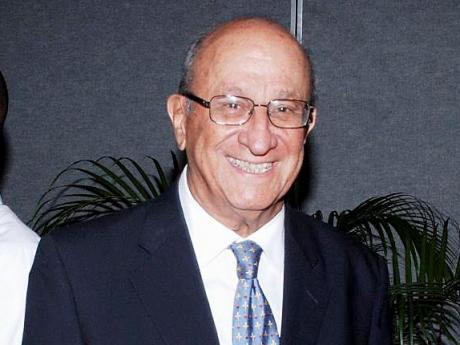 Zacca reportedly died this morning after a short illness.

The news sent shock throughout the legal fraternity.

Director of Public Prosecutions, Paula Llewellyn, said she was taken aback when she learned about Zacca’s passing.

“I’m almost speechless. He was such a pleasant, urbane and courteous individual who was committed to service throughout the region,” she said.

“He will be remembered as one of the great judicial officers,” Llewellyn added.

High court judge Vivene Harris also paid tribute to Zacca for his contribution to the judiciary across the Caribbean.

Attorney-at-law Lloyd McFarlane said news of Zacca’s death came as a shock to him.

McFarlane said the former chief justice served very well in all his capacities.

A minute of silence was observed in his honour at the Court of Appeal and the Supreme Court this morning.

Sir Edward was knighted by Britain’s Queen Elizabeth in 2015.

He served in the Courts of Appeal in Bermuda, Turks and Caicos Islands and the Cayman Islands.

He was sworn in as the Chief Justice in Jamaica in 1985 and also served as President of the Court of Appeal of the Bahamas from March 2000 to July 2001.

He was made a member of Britain’s Privy Council on September 1, 1992, and was the fourth Caribbean Chief Justice to be appointed to the Privy Council and the first from Jamaica.

Sir Edward is survived by his wife Hope Margaret and his children Christopher, Edward Jr and Karen.