Chris Issa to be crowned Hospitality Personality of the Year 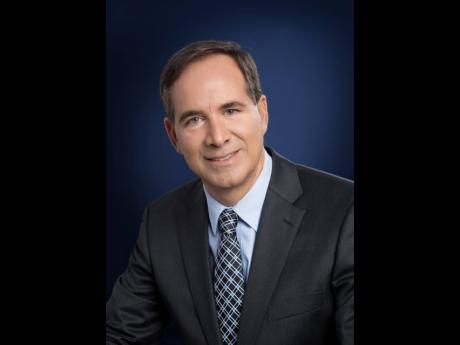 Hotelier Christopher Issa has proved himself to be adept at making power moves in the hospitality sector just as he has done in the field of law.

The Campion College Hall of Famer’s law expertise spans, among other things, conveyancing, real estate development, entertainment, banking, finance, and securities, but it is his commitment to the development of the tourism accommodations sector that has won him many accolades.

Under his Crissa Group brand, he has built the 125-room Spanish Court Hotel in Kingston, which was a much-needed addition to the capital city’s offerings, along with the Spanish Court Worthington event venue, which has a capacity of up to 500. Spanish Court has become one of the premier venues for business and social gatherings, and has made its mark in providing world-class service.

“Perhaps his most remarkable feat has been the acquisition and subsequent expansion and refurbishing of the former Breezes Hotel, now S Hotel, on Jimmy Cliff Boulevard, which had been off the market for a decade, following its closure in 2009,” says The Gleaner’s Janet Silvera, coordinator of Hospitality Jamaica.

Issa has been named Hospitality Jamaica Personality of the Year and will be recognised at the publication’s stellar awards this evening at the Montego Bay Convention Centre.

Silvera said that Issa’s latest project is a one-of-a-kind hotel featuring spa suites, lounges, a private pool for the fifth and sixth floors, a sky deck, a pool bar, and three restaurants.

The hotel, which was opened earlier this year, heralded the revitalisation of the Hip Strip, whose aesthetics had taken a nosedive over the past two decades. Issa, like a true Jamaican, insisted that as far as possible, the hotel incorporate locally made materials in its architecture and furnishings, including bedding, for which all of the mattresses were bought from Jamaican manufacturers.

Food is among the top-three reasons why visitors trek to Jamaica year in, year out, and Issa has made his mark in that regard with the opening of a Usain Bolt Tracks & Records (UBTR) restaurant, adjacent to the S Hotel, which provides authentic Jamaican foods, sports, entertainment, and music.

“His love for country and commitment to the tourism sector are compelling reasons why he has been named the RJRGLEANER Hospitality Jamaica Personality of the Year,” said Silvera.