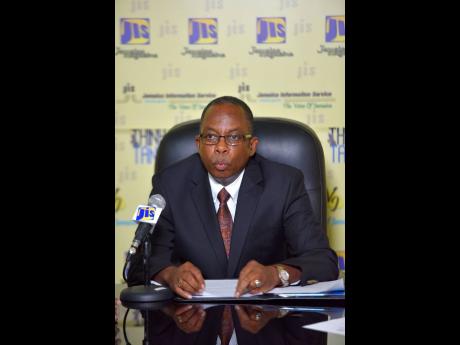 The Electoral Commission of Jamaica (ECJ) has indicated that almost 70,000 names will be removed from the next voters’ list, which is to be made public on November 30.

“On the voters’ list is actually 1.9 million persons. When our November list comes out, you are going to see a significant number of dead persons’ names removed from the list,” Director of Elections Glasspole Brown said.

The ongoing exercise, which began in late 2018, is being carried out in phases, with the aim of removing over 260,000 dead electors.

“That first phase involved the engagement of verifiers who went out, verified and visited 1.1 million electors’ homes where they were 40 years and over. They came back with a figure indicating to us that approximately 160,000 persons have died out of that 1.1 million persons,” Brown explained.

“We are now in the second phase, which is the confirmation phase, and, so far, we have confirmed that out of that 160,000 persons that have been identified, close to 70,000 have died. So, the November list, hopefully, will reflect that figure and we will continue that process up to next year,” he added.

The commission is working to confirm the deaths of the identified electors through collaboration with stakeholders who would have information to corroborate the deaths. These stakeholders include both public- and private-sector entities, such as the Ministry of Health and Wellness, the Registrar General’s Department, the Ministry of Labour and Social Security, and media houses.

Media houses with a database of death announcements are able to use those to confirm the electors’ deaths.

Brown estimates that by the end of next year, close to 200,000 names of dead electors will be removed from the voters’ list.