‘Prince or pauper ... we’re all affected’ - Vaz warns about the effects of climate change as World Bank study highlights economic impact of mangroves 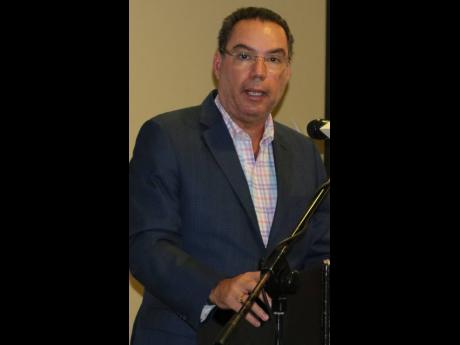 Minister without portfolio in the Office of the Prime Minister, Daryl Vaz, has underscored the value of the recently launched World Bank Group study, The Forces of Nature: Assessment and Economic Valuation of Coastal Protection Services provided by Mangroves in Jamaica, as a developmental tool with a major difference.

He told last Wednesday’s launch that whereas such studies tend generally to highlight the ecological and environmental impacts of natural resources, such as our mangroves, wetlands and other types of ecologically sensitive areas, this one goes much further by translating the environmental and ecological benefits of mangroves as protective agents for our coastline into a language that we all speak and understand – dollars and cents.

Vaz noted that in the executive summary, even with the presence of mangroves, the estimate of coastal flooding due to storms in Jamaica had been put at US$136.4 million in damages.

“What is alarming, though, is that without mangroves, the estimated damage from flooding would be US$169 million annually. Our mangroves are therefore estimated to provide US$32.7 million in protection to our coastlines. In essence, the value of our mangrove forests in terms of flood risk reduction is more than US$2,500 per hectare per year,” he told the audience at The Knutsford Court Hotel, New Kingston.

When the protection of approximately US$2.4 billion in assets (people and infrastructure) during storms is factored in, the value of the mangroves amounts to more than US$186 million per hectare of mangroves.

“These are figures that we as Jamaicans cannot ignore, for the simple reason that our ability to achieve economic growth and sustainable development hinges on how well we are able to mitigate against, and adapt to, the impacts of climate change and other natural and man-made risks that would derail the gains we have made as a country,” said Vaz.

The threat to our coastal resources, freshwater resources, soil fertility, and physical infrastructure from natural disasters is exacerbated by the impacts of climate change, with much of the country’s physical infrastructure, such as electricity-generating plants, international airports and seaports, major roadways, among other assets, all located near our coastline.

The risks are likely to get worse with Jamaica becoming more urbanised and the majority of citizens living along or near to the coastline of the island, the impacts of storms and storm surges, eroding coastlines, pollution and other risks are more acute.

The role of mangroves as the first and most significant line of defence against these impacts takes on greater importance and urgency, according to the minister with portfolio responsibility for the environment. They trap and stabilise sediments with their roots, and filter pollutants which help to maintain water clarity. They also act as nurseries or renewal areas for fish and other species, including manatees, reptiles and molluscs, among others.

“Perhaps the most important role of mangroves, however, is that they protect vulnerable coastlines from wave action by holding the soil together and preventing coastal erosion. Beach erosion is a serious issue for some of our coastal areas in Jamaica, particularly the southern coastal areas,” Vaz noted. “Natural hazards and climate change do not discriminate between rich or poor, man or woman, public sector or private. Prince or pauper, we are all going to be affected.”