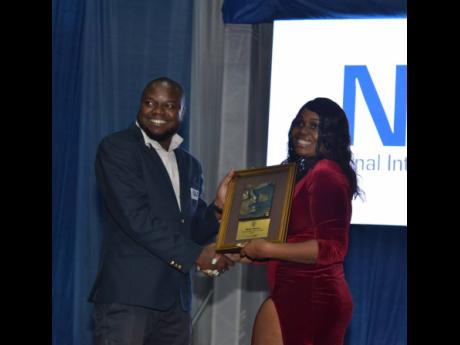 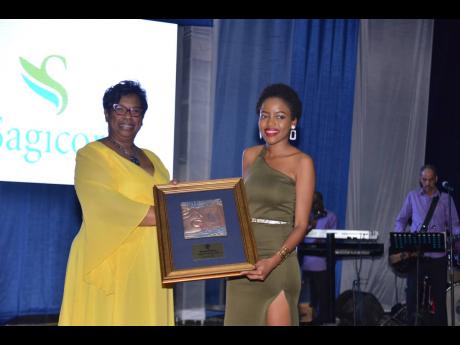 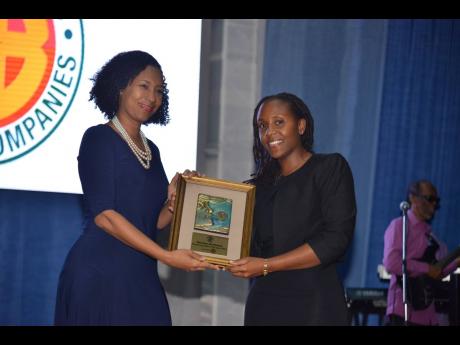 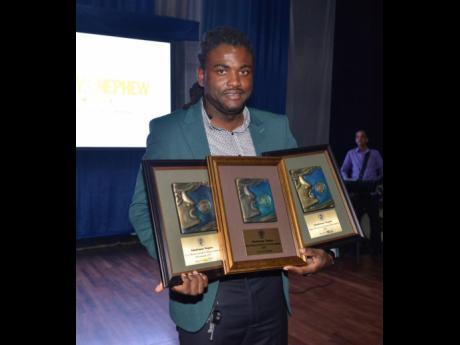 Kenyon Hemans
Gladstone Taylor is all smiles after winning three photography prizes at the PAJ Awards ceremony held at The Courtleigh Auditorium on Saturday night.
1
2
3
4

Women journalists claimed prestige at the Press Association of Jamaica Awards on Saturday night, scooping up a clutch of prizes including the marquee title of Journalist of the Year.

It was the third consecutive year that a woman was winning Jamaican journalism’s chief award.

The Gleaner’s Danae Hyman topped the category of Best Breaking News, and David Salmon, also of the Old Lady of North Street, walked away with the Morris Cargill Award for Opinion Journalism.

“This award is truly an accomplishment because I’ve been in journalism for less than a year, and to me, to be practising for such a short period and to win an award of this prestige is truly a blessing,” said 24-year-old Hyman.

The Carl Wint Award for Human Interest Feature Stories (print) went to Christopher Serju of The Gleaner, while TVJ’s Kelesha Williams won for the electronic category.

After spending two years back to back at Television Jamaica (TVJ), Racquel Porter of the Jamaica Observer was crowned Journalist of the Year.

ICING ON THE CAKE

An elated Porter, who also copped the UNICEF Media Award for Excellence in Reporting on Children’s Rights, told The Gleaner yesterday that her passion for people drove her to the front of the pack.

“I am doing what I love, and I am fulfilling my purpose. When my name was called, it was the icing on the cake for me,” Porter said.

“Three of the five stories I entered were about persons who were between a rock and a hard place. People were assisted, and it changed their lives somewhat,” she said, singling out a series of articles highlighting the plight of Raheem Powell, a 17-year-old who was unable to advance beyond primary school because he had no birth certificate. Powell later received training offers, as well as a new home.

Sharlene Hendricks, also of the Jamaica Observer, was named Young Journalist of the Year.

The President’s Award for Investigative Journalism went to Nationwide News’ Stevian Simmonds for her piece ‘Inside the BPO Sector’, which involved her getting a job at a call centre.

The Observer’s H.G. Helps and TVJ’s Janella Precius shared the Hector Bernard/Theodore Sealy Award for News in print and electronic media, respectively. The Gleaner’s Carlene Davis was selected as a second winner in the news category for print.

TVJ’s Karen Madden celebrated her victory in the electronic category of the Hugh Crosskill/Raymond Sharpe Award for Sports Journalism, while Sherdon Cowan of the Jamaica Observer won for print.

The Carlton Alexander Award for Business and Finance was claimed by Kalilah Reynolds of Nationwide News, and the Digicel Award for Excellence in Reporting on Technology went to Anthony Morgan from the Jamaica Information Service.