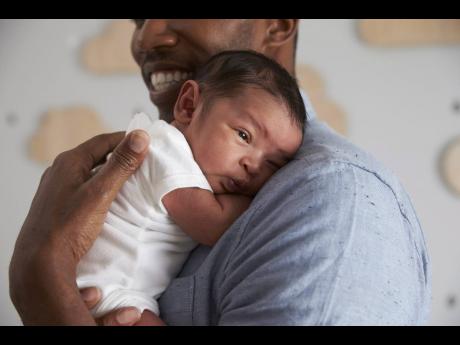 Since 2016, more than 24,000 fathers have yet to acknowledge paternity for their children, according to the Registrar General’s Department (RGD), which has been ramping up efforts to get dads to come forward.

Nicole Whyte, marketing and planning manager at the RGD, last week told The Sunday Gleaner that some Jamaican children are suffering emotionally, while others are barred from opportunities because their fathers have shied away from acknowledging and accepting paternity.

“It usually comes up when persons are filing for their children or if there is estate, death wills, and so on. When they are going to administer the estate or if it is that something has been left for the child, you would have to be able to prove that the person is, in fact, the father,” said Whyte.

“It gives the child an identity when the name of the father is on their birth certificates. It says to everybody that they have accepted biological paternity for the child,” Whyte explained. “It makes the registration complete. The child has the mother, which is automatic, and also the father. So the child is fully registered.”

Currently, both parents are required to sign paternity forms for their children at hospital, but last year, 7,302 fathers left that area on the paternity form blank, while in 2017, 8,966 children were not acknowledged by their fathers. In 2016, the number was 9,550.

Meanwhile, most of the delinquent fathers over the period came from Kingston, which recorded 1,878 children born last year without their fathers’ registration. St Catherine followed with 904, while, for Manchester, St Ann and St James, the numbers were 835, 668 and 651, respectively.

Meanwhile, there have been only 1,400 status applications, where fathers have applied to the RGD to be added to their children’s birth certificates.

Whyte noted that not all fathers who have failed to sign their children’s birth certificates are absent from their lives, and that, in some cases, mothers may have withheld the information from the child’s father.

In other instances, some mothers give the child their surnames instead of that of the child’s father.

“A lot of children are born out of wedlock and, based on that, it is not automatic that the father’s name is there. The fathers would have to come in to get their names added, and a number of fathers don’t make that effort,” she added.

Last week, 35-year-old Sherine Simmonds*, a mother of two, told The Sunday Gleaner that her father failed to sign his name on the birth certificates for two of his four children.

“His name is not on mine and it is also not on my brother’s. Both of us are the oldest,” she said, noting that it didn’t affect her emotionally as a child as her father treated his children equally.

“I guess that, back in those days, they never had bedside registration but, for my younger sister, it was a different story. His name is on hers,” said Simmonds. “But now I really have to look about it because he is the one on many of my things (documents) and if anything happens it would be difficult to prove that he is in fact my father,” she said.

According to Whyte, fathers who wish to add their names to their children’s birth certificates must complete an Addition of Father’s Particulars form, which can be downloaded from the RGD website.

“Both parents are required to complete the form in the presence of either a justice of the peace, attorney-at-law, school principal, and clerk of courts or a notary public if either of the parents is overseas,” she said, adding that it costs $3,500 to complete the process within two weeks.