Sexual abuse and the family – Part 2 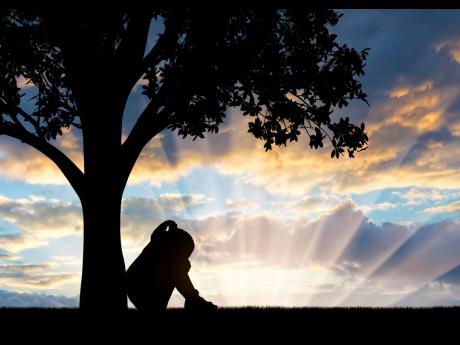 There is no one

You can trust in the world

In the darkness of the night

What he’s doing is a crime

Last week, in Part One of our feature on child sexual abuse, we explored, through registered nurse and child sexual abuse activist Kashina Alexandere-McLean, the impact it has on the entire family. This week, we present Part Two of the feature.

Sexual abuse in the family is a sensitive issue to address, and one should always be compassionate when dealing with the victims.

Registered nurse and child sexual abuse activist Kashina Alexandere-McLean said that many survivors never received acknowledgement that the abuse occurred. She said that it is important for them to understand that there is nothing they could have done to make them deserve being so abused.

In dealing with victims of sexual abuse, McLean said that one of the worst things to do is to deny a survivor’s reality as it only adds insult to injury and reminds them of past experiences of being unheard, unprotected and overpowered.

A common response to incest in the family, said McLean, is to blame the victims or call them liars. Whether it is done in a subtle or blatant manner, the damage is the same, she said. This is also one of the reasons, if not the main reason, why people who experience sexual abuse are afraid to speak up as they feel that no one will believe them.

Suggesting that the victim is lying by asking questions or making statements like ‘Why did you choose to bring up the matter now after so long?’ contributes to shaming the victim and forcing the individual to retreat deeper into himself or herself.

Another no-no for McLean is telling survivors to just move on and stop focusing on the past.

“These messages are destructive and backward. In order to heal, survivors need to be supported and empowered as they try to understand their trauma, look at its effects, and work through their feelings,” McLean said, giving the reminder that survivors need all the support they can get instead of being shut down and ridiculed for something over which they had absolutely no control. In her book When The Silence Speaks, McLean provided not just the victim’s perspective, but also tools for friends and family to utilise in their efforts to support the abused individual.

She said that survivors may be accused of treating family members negatively because they call attention to the abuse or express their hurt and anger.

McLean said that some family members tend to shun the survivors as they do not want to be reminded of what happened.

“This is an inappropriate coping mechanism implemented to manage the stress by placing the traumatic event in the subconscious mind,” she said.

McLean made it clear that she is not a counsellor, but as a survivor herself and one who works closely with victims, she has a good understanding of how all parties involved deal with these difficult emotions.

As she continues to emphasise the need for family involvement in offering support to the victims, she said that some families cut off survivors from the family and often exclude them from events and family gatherings another example, she said, of the kind of upside-down thinking in which dysfunctional families engage.

McLean was also resolute about the fact that when it comes to the issue of sexual abuse, family members don’t have the option of claiming that they don’t want to ‘take sides’ between victim and perpetrator as she said staying neutral when one person has caused such damage to another is, essentially, choosing to take a side in the face of wrongdoing.

She said that one of the cruelest things that can be done to a victim, especially a child, is to force that person to be nice to his or her abusers and pretend everything is OK.

“Survivors should never be asked to face their abusers unless they feel they are ready to do so, especially for the sake of other people’s feelings. This approach is simply a repeat of the abuse of power that was initially used at the time they were violated and is, therefore, destructive and inexcusable. Remember, children look to adults for approval, and if they believe they cannot find this at home, they will search for other sources to provide it,” she said.

Moving on and getting to the healing process, McLean said that in order to meet the changing needs of the abused child, parents and family need to learn everything they can about the effects of sexual abuse, especially how to cope with children’s sexualised language and behaviour and not just stereotype the child as ‘bad’.

In order for healing to take place for both the child and the family, parents must help the children resolve his or her life prior to and after the abuse so that some closure could be achieved and the survivor could try to move on as best as possible.