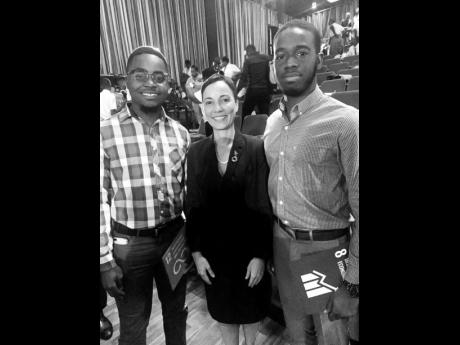 The University of the West Indies Model United Nations (UWIMUN) has consistently distinguished itself as one of the top assemblies to join on the campus for its efforts to empower and equip students with the skills to represent the country internationally. The skill set that UWIMUN provides allows for UWI to be ranked as one of the most engaging and involved delegations worldwide.

This year was no different as UWIMUN successfully copped five awards at the 2019 session of the Harvard National Model United Nations (HNMUN), which represented a first in the group’s history. Now in its 67th year, the HNMUN is one of the oldest and most prestigious assemblies of its kind. According to its website, the conference serves “as a forum in which over 2,000 delegates from 60 countries come together to diplomatically debate and propose solutions to the world’s most pressing issues”.

At past sessions of the conference, UWIMUN has received awards such as the Diplomatic Commendation Award, Best Delegate Award, Verbal Commendation Award and the Honourable Mention Award. The success of the group was also replicated in Washington, DC, as the organisation came second in the Organization of American States Crisis Simulation. As the only university from the West Indies that currently competes at the HNMUN, UWIMUN provides a unique opportunity for tertiary UWI students to participate in international fora as well as acquire skills in diplomacy and situational analysis.

Ronaldo Blake, a delegate at this year’s conference, told The Sunday Gleaner that, “HNMUN has definitely reaffirmed my self-confidence and …. motivated me to press even harder for the things I want.”

For Ronaldo, this experience highlighted the importance of learning a second language. The fulfilment he received from the forum has instilled in him a drive to “serve people and the world by pursuing policies which are inclusive, disruptive and futuristic”.

However, the exchange of cultures has been the most memorable aspect of the experience.

“I am grateful for all the people I had the opportunity to meet and connect with at the conference, who hailed from all corners of the globe,” he said.

At next year’s conference, UWIMUN seeks to provide participants the opportunity to enjoy a uniquely valuable global educational experience characterised by debating, gaining knowledge and freedom to hold academic discussion on international issues in an exciting way.

Locally, UWIMUN engages students through a range of activities with the aim to increase awareness of current affairs. This has been achieved by hosting events where members of the organisation can discuss issues and craft their own solutions to problems.

Additionally, this year the club organised a trip to the Nigerian Embassy to meet Ambassador Janet Omoleegho Olisa,which provided students the opportunity to learn about the depth of the relationship between Jamaica and Nigeria. The club met with Acting Resident United Nations Coordinator, Mariko Kagoshima, who sensitised the team that travelled to Harvard on the operations and functioning of various branches of the UN. She also assisted with UWIMUN partnering with other local UN arms.

Next year, the club aims to have a joint meeting with UWI UNESCO, facilitate further visits to respective local embassies and meet with Senator Kamina Johnson Smith, minister of foreign affairs and foreign trade.

When asked about the reason for the club’s success, Sandré Rhoden, president of UWI Model UN, said, “Nothing succeeds like success, and success comes from hard work and determination.”

For further information, UWI Model UN can be contacted via email at modelun.mona@gmail.com. The club is located in the Department of Government, the University of the West Indies, Mona, Kingston 7.