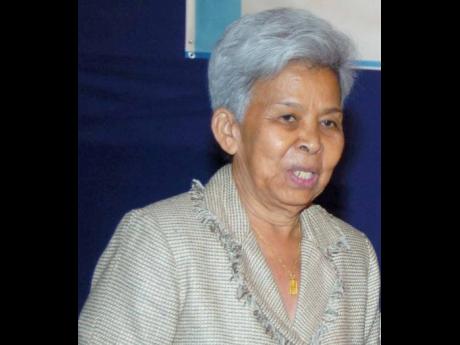 The Jamaica Manufacturers’ and Exporters’ Association (JMEA) has remembered its late former president, Beverley Lopez, as a keen advocate for the betterment of the manufacturing and export industries.

The JMEA said Lopez, who served the organisation for two terms, from 1992 to 1995 and 1999-2002, believed in the idea of building a strong Brand Jamaica through export expansion.

“During her tenure as president, she was very instrumental in the removal of many barriers in the export process. She played a major role in developing the JEA Small Business Export Development (JEA-SBED) Scheme – a loan programme, in partnership with the EXIM Bank, that was geared towards helping small exporters seeking to expand their export markets,” the JMEA said.

Lopez, who is also a former president of the Private Sector Organisation of Jamaica and one of only two women to be inducted in the PSOJ Hall of Fame, was awarded the national honour of Commander of the Order of Distinction for her contributions to the development of the export sector. She was later awarded the Order of Jamaica for private-sector leadership, the country’s fourth-highest honour.

“Mrs Lopez’s role as an entrepreneur and leader in various organisations, both public and private, gave her the unique opportunity to serve as a key mentor for many individuals in the Jamaican business landscape,” the JMEA said.

It says she was dedicated and committed to her country through championing development for the export industry.

“Her contributions have certainly helped to pave the way for those in the sector. The JMEA will always remember her as an astute businesswoman and an instrumental leader who took the charge to make a difference in the Jamaican export sector.”