Don’t give children a reason to run away 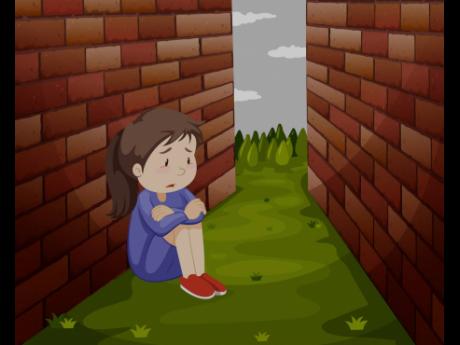 I’m gonna try to find a way to keep you safe from harm.

I’m gonna be a special place, a shelter from the storm.

And I can see you, you’re everywhere, your portrait fills the sky.

I’m gonna wrap my arms around you, my universal child.

You can hardly watch the news these days without hearing about missing children. However, in some of the instances, children go missing by their own design as they choose to run away from their homes.

There are times, too, when no matter what a parent does, some children will insist on exercising deviant behaviours. However, there are cases where children are so abused by their guardians that they have no option but to fly the coop and brave the elements away from home.

Sgt Princess Bayliss Ranger, who works in the Community and Safety Security Branch at the Old Harbour Police Station, shared with Family and Religion insights on some of the reasons why children run away from home.

She listed the different parenting styles as authoritarian, authoritative, permissive/indulgent and detached, and for her, while all of them have their disadvantages, the one that should be least practised is authoritarianism.

While Bayliss Ranger doesn’t have the stats on runaways, she said from personal interactions with some of the children she has been in contact with, they complain a lot about not having a voice and say they feel as if they are living in the army.

“Children want acceptance, they need to feel loved and belonged. Parenting is not an easy job, but the minute you decide to take on that role, you have to do whatever it takes to get it right,” said Bayliss Ranger, who advised that because parenting doesn’t come with a manual, it is easy to make mistakes.

She warned parents to look out for instances when children use the threat of running away just to get the parents to concede to give them what they want.

According to Bayliss Ranger, one of the major blunders she sees is that of bitter parents, especially mothers, throwing their anger and frustration on their children who are a result of failed relationships.

“They never miss a chance to tell them off, especially when comparing them to their ‘wutliss father’. They also spew other negatives, hurtful words to their children and act surprised when those same kids flee the home,” Bayliss Ranger said.

Acknowledging that some children will endure the emotional or physical abuse and still stay close to home, she said there are others who, especially if they are in the wrong company, will be enticed to seek something they perceive is better.

On the positive side, Bayliss Ranger has high praises for the parenting groups that are being formed in some communities. She also lauds the initiatives, such as the one she is engaged in, where parents and children are brought together for sessions where they share their views, giving each other insight.

Bayliss Ranger said parenting is a long-term investment of time, effort and money, and that parents are just one of the many influences on their children and so they should do whatever it takes to ensure they get it right.