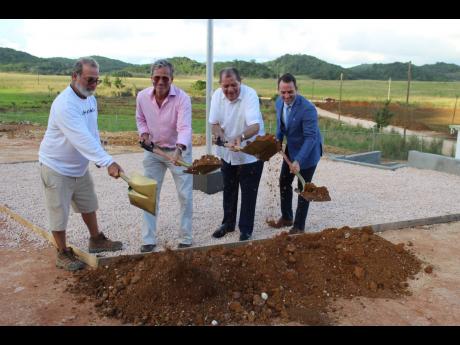 The emerging medical ganja industry will become one of Jamaica’s fastest-growing industries and could be worth as much as J$16 billion in the next three to four years, the agriculture minister has said.

OGH is investing US$4 million in the project, which is sited on sugar lands that were once owned by Long Pond Estates, which is now managed by the Sugar Company of Jamaica.

According to Shaw, OGH is part of the Government’s diversification programme and expressed confidence that it would fall within the plans to provide sustainable employment for the Jamaican people.

“Their product has a huge international market. It will be environmentally friendly because it will require little to no pesticide,” Shaw said.

The minister was upbeat that the recent passage of the United States SAFE Banking Act will clear up concerns about the funds generated from the industry. Correspondent banking red flags surrounding the marijuana industry have caused local financial institutions to shy away from transacting business with medicinal ganja licensees for fear of hefty fines.

But Shaw believes that tourism would benefit from interest from cruise ship passengers who would purchase CBD from farms and take it back to their homelands.

Shaw said that the Cannabis Licensing Authority would be working closely with stakeholders to ensure that small farmers are included in the mix.

Four thousand of the 13,000 acres of idle sugar lands will be made available to small farmers for medicinal marijuana cultivation, he said.

“The Government is also looking for export crops to replace the earnings lost from sugar cane. We are not only looking for a market here in Jamaica, but internationally,” added Shaw.