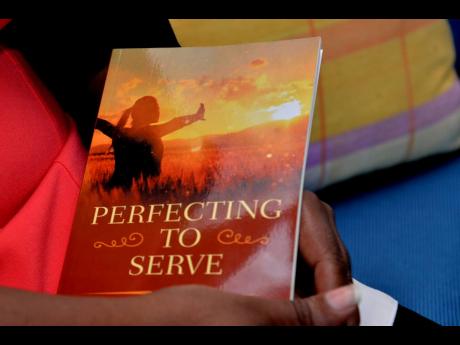 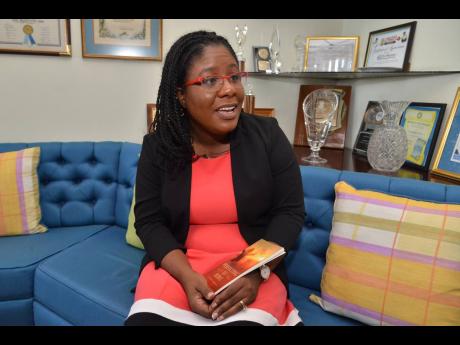 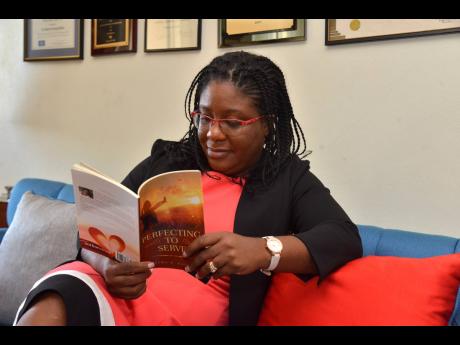 Ask anybody: inspiration hits when it’s least expected, and often, it is so strong that it cannot be forgotten. Tanesha Bryce-Rainford’s story has a similar beginning, which led her to put pen to paper with the hope of inspiring others worldwide.

Bryce-Rainford’s story started back in 2014 when she was faced with many challenges and thought that some time alone with God would do the trick. While on vacation in Florida, according to Bryce-Rainford, she was in constant prayer, and one day during prayer, three words came to her: ‘perfecting to serve’.

“I couldn’t brush it (the phrase) off; it kept ringing in my head, and I could not understand what it was about,” said the author. “I googled ‘perfecting to serve,’ and the only thing that came up was information on serving a tennis ball. Because I was trying to see if there was anything that I could find that someone else would have shared on Google, but nothing came up.”

She told The Gleaner that she soon realised that God was showing her that her experiences were preparing her to serve. This is the background to Bryce-Rainford’s new book, Perfecting to Serve, which was launched on November 30.

“I started to do research for myself to understand the Lord perfecting people for service. I was reading the scriptures, reading how Paul went through his transformation, and I realised that there was so much to these three words,” said Bryce-Rainford.

She explained that she started to make notes and jottings about everything that she was learning and before long, these personal notes started to form a book.

The journey to having the book published has been a long one for the author, who started writing in 2014. It was not until about March that she was once again inspired to write.

“This year, my husband and I were blessed with a trip to Israel, and I was so excited! I was reading up on Israel so I could know more about it, and the more I read, it’s the more I fell in love with the Lord. One morning, I was in my vehicle, and I said, ‘God, this is really what I want to do, I want to submerge myself into you and your work,’” she told The Gleaner.

Bryce-Rainford disclosed that she was dissatisfied with her life and was praying about it but made sure to mention that she needs to be able to finance her family. But she really wanted to be happy, and that is when the book was brought back to her memory.

“I had put down the book for a good while, and He brought it back to my memory – that this is the opportunity. This is the door that I need to open. So I called the publishing house that I had had contact with initially and told them I had a manuscript to be published and I needed their packages,” explained Bryce-Rainford.

She selected and paid for a publishing package even before the book was complete as a way to lock herself into a time frame.

“I finished the book between April and August, and I sent it off to the publishers in September,” said the first-time author.

Now, the book Perfecting to Serve is available on Amazon, the Author House Publishing website, and bookshelves in Sangster’s Book Store and the United Pentecostal Church of Jamaica bookstore.

“I want persons to take away the fact that there is more in them and God has a plan for them, no matter what may come, and they just have to hold on. Whatever he has allowed to happen to us is not to kill us, but it is to bring us on to perfection,” said Bryce-Rainford.

The book comprises five chapters. It is only the start for Bryce-Rainford, who plans to host podcasts, seminars, and workshops in the future.

“Psalm 138 verse 8 ( The LORD will perfect that which concerns me…) is the main scripture of the book, and that is something that I want people to declare over their lives, that ‘God is perfecting me’,” said Bryce-Rainford.