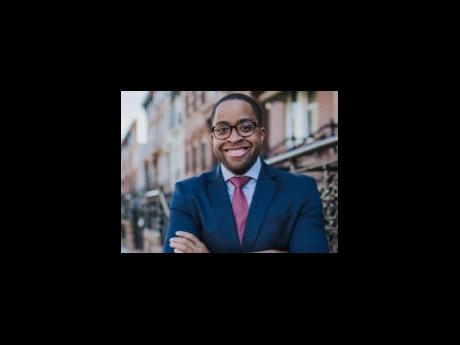 NEW YORK, CMC – A New York state senator of Jamaican heritage has described the Trump administration’s proposed fee increases for immigration services at the US Citizenship and Immigration Services (USCIS) as another attack on the immigrant community.

“As the New York State Senator for the 20th Senatorial District in Brooklyn, I write to express my strong opposition to the proposed increase in the naturalisation application fee (Form N-400), and elimination of fee waivers for various types of citizenship forms, which would have the compound effect of greatly reducing naturalisation and limiting American prosperity,” said Senator Zellnor Y. Myrie, whose grandmother hails from Jamaica, in a letter to Samantha Deshommes, chief, Regulatory Coordination Division, Office of Policy and Strategy, USCIS.

“These substantial increases in fees would have a significant impact on the people I represent since, according to Census data, 64,184 people in my district are eligible to become naturalised citizens,” added Myrie, whose district in central Brooklyn predominantly comprises Caribbean immigrants.

“I am alarmed at the devastating effect the proposed 83 per cent increase in the naturalisation fee would have on our community.”

Under the proposal, the fee to file an application for a Certificate of Citizenship for the N-600 would increase by US$530, from its current cost of $640, to US$1,170.

Application renewal fees for Deferred Action for Childhood Action (DACA) recipients would also increase from US$495 to US$765.

In addition, the proposal would eliminate fee waivers for most forms of citizenship applications, “despite the fact that one third of applicants seek fee waivers,” Myrie said.

He also said that the proposal “attacks basic humanitarian rights, as those seeking to apply for asylum would be forced to pay a fee of US$50”.

“This is a blatant attack on our immigrant community and penalises those who come from low-income household,” he said. “Charging ever-higher fees for naturalisation means limiting our potential by preventing many hundreds of thousands of lawful permanent residents (LPRs) from applying for citizenship.”

Myrie pointed to research, which, he said, has demonstrated that past naturalisation fee increases have been “a significant barrier to eligible LPRs, and, as a result, the number of immigrants eligible to naturalise has grown to nearly 9 million.”

“Naturalisation is important and beneficial to all Americans and to New York state in particular,” he wrote. “When legal permanent resident immigrants are afforded the opportunity to become citizens, they become more able to contribute to their communities and society as a whole. They are afforded greater economic stability through expanded professional opportunities that bring the potential to elevate their income.”

“The process of naturalisation is life changing, and it is in the public’s best interest to ensure the naturalisation process is kept financially accessible for the many hundreds of thousands of qualified legal permanent residents,” he added, stating that naturalisation also “helps grow our economy and results in higher tax contributions.”

He said the US Congress has also recognised that rising naturalisation fees hurts America’s national interests, adding that Congress “has repeatedly instructed USCIS to maintain the affordability of naturalisation”.

“We must continue to fight for the rights of our immigrant communities and ensure those who are eligible to apply for citizenship be given fair and financially accessible ways to do so,” Myrie wrote. “In all, the Trump administration’s proposed actions will do direct and needless harm to immigrant communities and are only the latest in a record of harmful and discriminatory immigration policies.

Under the caption, “Fee Schedule and Changes to Certain Other Immigration Benefit Request Requirements,” USCIS said it conducted “a comprehensive biennial fee review and determined that current fees do not recover the full costs of providing adjudication and naturalisation services.”

It said the US Department of Homeland Security proposes to adjust USCIS fees by “a weighted average increase of 21 per cent, add new fees for certain benefit requests, establish multiple fees for petitions for non immigrant workers and limit the number of beneficiaries on certain forms to ensure that USCIS has the resources it needs to provide adequate service to applicants and petitioners.

“Adjustments to the fee schedule are necessary to recover the full operating costs associated with administering the nation’s immigration benefits system, safeguarding its integrity, and efficiently and fairly adjudicating immigration benefit requests, while protecting Americans, securing the homeland, and honouring our country’s values,” USCIS said.