How Beddasingh-Nicks rediscovered herself -Part I 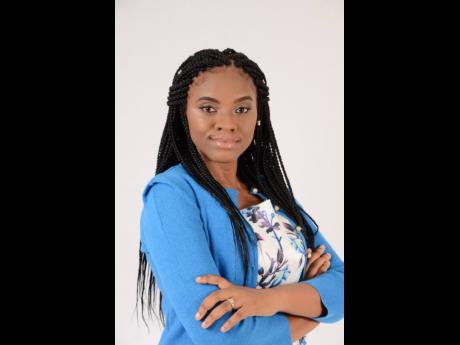 “At age 18, I lost my virginity, and after that, a can of worm got loose,” said Keneisha Beddasingh-Nicks, a woman who has had to rediscover herself and purpose after leading what she referred to as a double life in her teenage years.

Earlier, she had told Family & Religion that she was born and raised in the inner-city community of Mountain View, Kingston, where she was surrounded by a plethora of negative influence.

However, her mother, who Beddasingh-Nicks said she is a Christian, and a praying woman, had made a decision to introduce her children to the best area of her life: Jesus Christ.

So, for the family, church was every Sunday and participation was a must. Until she got baptised at the age of 14.

Things, as Beddasingh-Nicks explained, started out well until she began feeling left out of the fun her unsaved friends seemed to be having, which later led to her having a boyfriend.

Fast-forward to many late evenings with boyfriends after school to losing her ‘innocence”, she admitted that by now, she was out of control while still going to church.

According to her, “I became outright rebellious and stubborn. I would back-answer my mom, and staying out late became the norm. When my relationship of four years ended, I remember telling God that I wanted to leave the church. I told Him I was neither hot nor cold for Him, and I didn’t want Him to discard me, so I’m walking out and I want Him to show me who He was for real. I told God I needed my own testimony and reason for going church. It was tiring just going because it was the norm, and living on my mom’s testimony was not working for me anymore.”

Beddasingh-Nicks admitted that at the time, she didn’t know or value herself, nor was she aware just how low her self-esteem was.

“Sin was sweet: I was the life of all parties because I had to ensure that I made everyone know that I no longer identified myself with Christ. I drank alcohol, engaged in sexual activities, and then a life of promiscuity took me over. Deep down inside while ‘doing road’, as some would term it, I felt empty, and there was this constant feeling as if there was more to me than what was happening at the time,” she said.

Beddasingh-Nicks said she wold participate in things of the world and go home to cry afterwards as according to her, nothing could fill the emptiness that she felt inside.

She described the day she found out she was pregnant to be bittersweet.

According to her, “I wanted my baby, but I knew that the father-to-be would not want the child because, of course, he had his own prefect little family, and he could not let anyone know his dirty secrets.

“The next best thing was to abort the pregnancy, and, of course, the father-to-be was fine with the decision because he didn’t want anything to do with the child, and a part of me was embarrassed because everyone in my community was looking up to me. I had a prefect image at home that I had to maintain. Alone, rejected and broken, I laid on that bed and killed my child. Nothing was the same after that.”